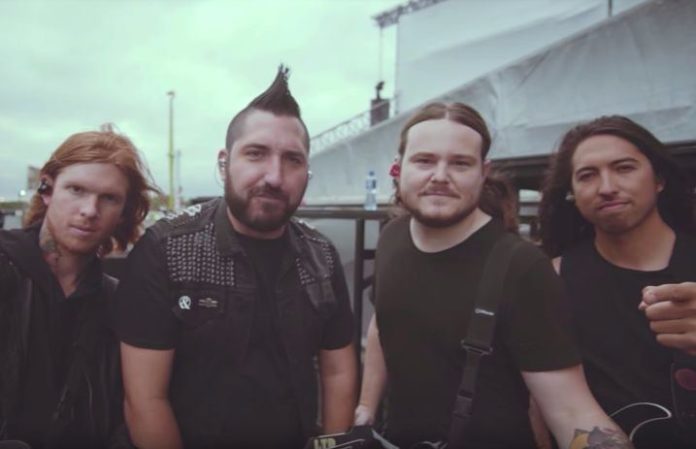 Of Mice & Men announced last month that they had made a short film, Unbreakable, about life on the road, and it’s been officially released today. You can watch it in full below!

The film shows Of Mice & Men on their most recent festival performances, bringing fans onstage and behind-the-scenes for a unique look at life on the road with a touring rock band.

Read more: Of Mice & Men address the biggest misconception of their new album

Watch Unbreakable in-full below, and get a look at the band's series of electrifying performances captured earlier this year.

Of Mice & Men are currently putting the finishing touches on their new album, and we were invited into the studio for a sneak peek at the record.

“The whole energy of the record is very centered around our live shows and just connecting with our music. I always think that's valuable; when we've made records in the past sometimes, it's been after extended breaks, so it's hard to remember that live connection. We had so much of that over the summer that it bled into the music we made,” bassist Aaron Pauley, who has taken over vocal duties in Carlile’s absence, tells AP.

“From a perspective of where we're at, we're just very well-connected. I feel like every day we spend making music together, we just become tighter as a unit and tighter as friends. But it's been awesome to see how the creative process changes because of that. We're just able to create things more symbiotically, and it becomes less work and more adventure. It's cool when you work so fluidly with people—you're just creating something.”

What are your thoughts on Of Mice & Men's short film? Let us know in the comments below!