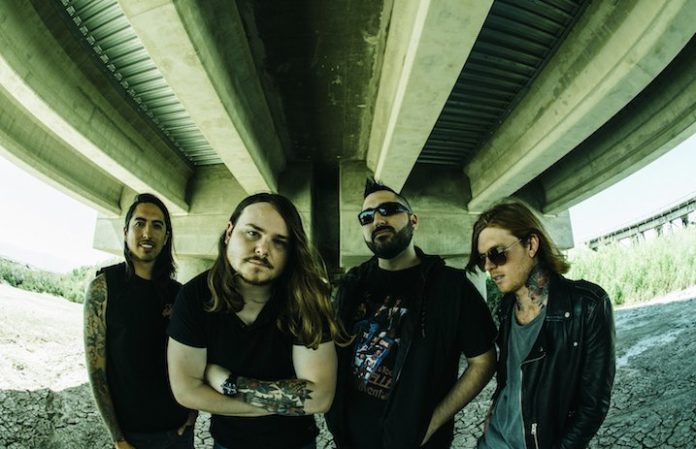 Recently Of Mice And Men sat down with Hot Topic to talk about what they've been working on since Austin Carlile left the band.

Read more: Turns out Dwayne “The Rock” Johnson is as big of a fan of Of Mice & Men as the rest of us

“We needed to come to the table and bring something powerful and make a strong statement,” drummer Valentino Arteaga says. “The best laid plans Of Mice And Men often go awry, and all we can do is use our music in order to guide us through that.”

Bassist and vocalist Aaron Pauley adds: “We've got a bunch of songs that we have demoed, a bunch more that are kind of like skeletons of songs or halfway done that are demo that we're working on finishing.”

Of Mice And Men have released two new songs sans Carlile, “Unbreakable” and “Back To Me.” Arteaga says “We really wanted to get that music out there and… to just give everyone a taste of… the vibe of what Of Mice And Men is going to sound like moving forward.”

Pauley concludes, “I think we all kind of reconnected with why we all started playing music in the first place, which is music is what makes sense to us. That's kind of how we figure out how we feel about things… We use music as a way of therapy.”

You can check out Of Mice And Men's song about carrying on without Austin Carlile “Back To Me” here.

We're wishing the guys the best of luck with the new music, and we can't wait for a full album!

What do you think of Of Mice And Men's new songs? Sound off in the comments below!