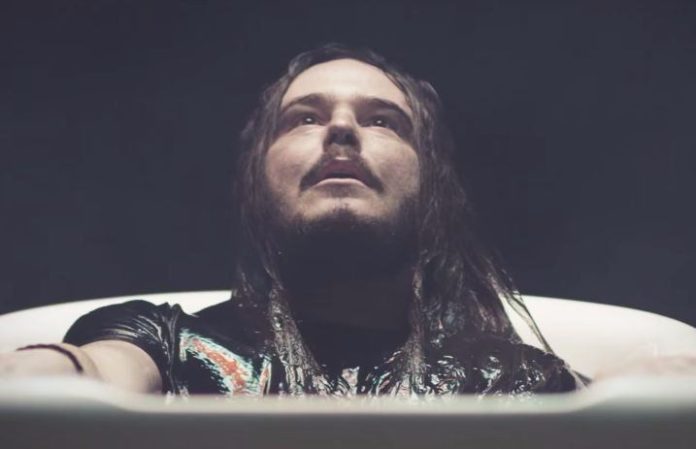 After much anticipation, Of Mice & Men have officially announced their new album Defy, and with the announcement, debuted an arresting music video for their new single, “Warzone.”

Read more: Of Mice & Men address the biggest misconception of their new album

Their new album, set to be released January 19, encapsulates their return to their aggressive sound—and we can't wait to give it a listen.

“We're excited to be debuting the music video for 'Warzone' today, a song from our new album, Defy,” said vocalist/bassist Aaron Pauley.

“For us, this new album encapsulates and showcases our desire to return to an aggressive, live-oriented sound, and 'Warzone' is one of the heaviest tracks on the album. Because we love releasing new music as often as we can, it only seemed fitting to release it right before our massive EU/UK tour with In Flames and Five Finger Death Punch this Fall/Winter. So turn it up, and bang your head.”

Listen to “Warzone” below:

Plus, Of Mice & Men invited us into the studio for a sneak peek at the record.

“The whole energy of the record is very centered around our live shows and just connecting with our music. I always think that's valuable; when we've made records in the past sometimes, it's been after extended breaks, so it's hard to remember that live connection. We had so much of that over the summer that it bled into the music we made,” bassist Aaron Pauley, who has taken over vocal duties in Carlile’s absence, tells AP.

“From a perspective of where we're at, we're just very well-connected. I feel like every day we spend making music together, we just become tighter as a unit and tighter as friends. But it's been awesome to see how the creative process changes because of that. We're just able to create things more symbiotically, and it becomes less work and more adventure. It's cool when you work so fluidly with people—you're just creating something.”

How excited are you for Of Mice & Men's new album? Let us know in the comments below!