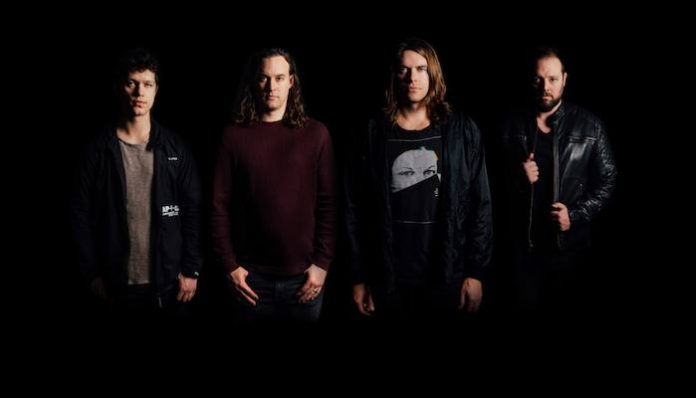 The band are back with “COWBOYS” which is an ode to their home state’s NFL team the Dallas Cowboys.

The new song is a ridiculously short anthem for the sports team sitting at just 53 seconds.

Although highly unlikely, it would fit perfectly played at their games as the gang vocals would get the crowd going.

You can check out the new track in the player below.

The band premiered their track “The Island” with AP back in the summer. The song follows the theme set by their 2013 EP, The Titan, which follows a story in the style of a book.

Continuing with their upcoming record, the band look to tell the tale of two characters drifting apart and coming back together. The characters are also representing frontman Micah Kinard and guitarist Shane Blay.

Illustrating the band’s reunion after their hiatus, Kinard explains the rush of emotions through the metaphor of a sailor starting a mutiny and encouraging his shipmates.

“Telling everyone to forget the call that brought them there and to just ‘make it work,’ to become their own masters and carve out new lives,” Kinard says. “He builds his own kingdom, but every time he finally builds his throne, the island erupts, destroying it all. Every time he wakes up defeated, he just starts building again, determined to make it work, ignoring that this volcanic island he’s chosen to make his home will never sustain him. It simply was never meant to.”

Check out the lyric video for “The Island” below.

What do you think of the new Oh, Sleeper track? Let us know your thoughts in the comments below.