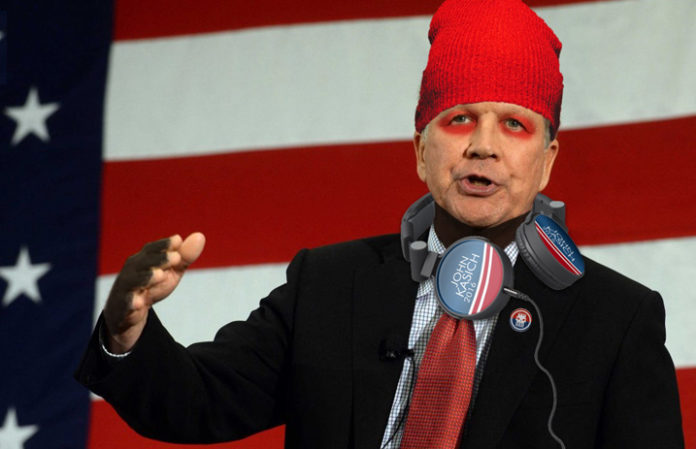 A political event probably isn't the first place you'd expect to hear discussion of bands from our scene.

The Ohio governor was responding to a question posed to candidates about their musical preferences.

It's no secret that Kasich is a fan of alternative music, though. A recent Washington Post article revealed the politician has cited Metallica and Linkin Park as his favorite bands.

That same article outlined an incident in which the Grateful Dead's tour manager threw Kasich offstage. Apparently after a hard day's work on the Hill, Kasich liked to blow off steam by spending his evenings rocking out.

On this particular evening Kasich had a backstage pass through Dwight Yoakam, the opener. He was onstage for Yoakam's set and figured he'd use his credentials to hang out while the Dead played. The band's tour manager blocked him. According to a witness interviewed by a Washington Post reporter, Kasich pulled the “don't you know who I am?” card and said he could prevent the Dead from ever playing Washington again.

Kasich later responded to the report saying, “Oh, come on. Telling the Grateful Dead you're a congressman is not going to get you onstage. This is way off the mark. . . I said, 'Hey, why won't you let me on — I can't understand why you're not letting me on.' I argued with him for a few minutes and then I left. I probably should not have argued with the guy. I don't think I was angry. I'm a pretty upbeat guy.”

You can read the Post's original story from 1991 here.