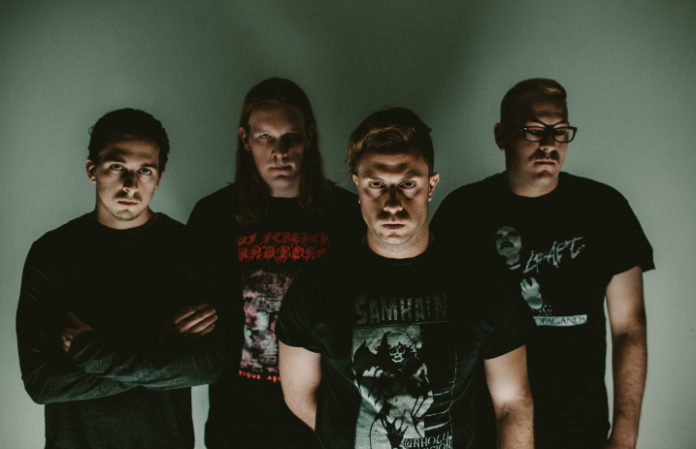 It’s official: Drummer Brandon Gallagher will move from behind the kit to front New Jersey hardcore hellions Old Wounds. Fans can see Gallagher throw down front-and-center tonight at the band’s show at Counter Culture in Saginaw, Michigan, alongside Safe To Say and Exalt.

Read more: 10 songs that will make you a fan of hardcore in no time

Gallagher’s ascension to frontman status isn’t entirely unusual, as he was the band’s original vocalist in the band’s early days. Replacing him behind the drums is Matt Guyre, who was the band’s auxiliary guitarist during their 2016 treks on Warped Tour and with Beartooth and Every Time I Die last fall. The move is in response to the departure of Kevin Iavaroni who resigned from the band after the Beartooth tour. In December, Iavaroni announced his departure from the band. “I will NOT be playing any last shows, and will NOT be doing any of the January shows,” he shared via Instagram. Guitarist Zak Kessler and bassist Michael Weintraub round out the lineup. Old Wounds are slated to record the follow-up to their 2015 Good Fight Music release The Suffering Spirit this spring.

Old Wounds posted a teaser on Twitter giving us a peek at what 2017 is going to sound like for the band. We personally cannot wait. Check it out below.

For a full list of upcoming Old Wounds' shows head below.