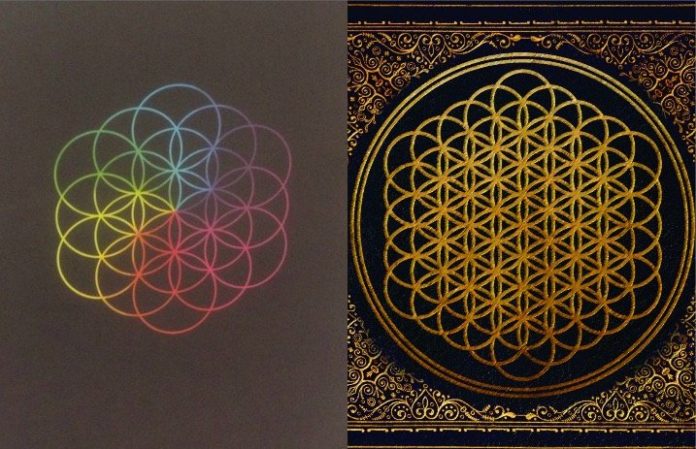 In a new interview with NME, Bring Me The Horizon frontman Oli Sykes elaborates on his original comparison of Coldplay’s new album artwork to that of Sempiternal.

“At the end of the day it’s not our symbol, it’s a very old symbol,” he said. “They might not have known at first, but obviously if you Google ‘flower of life’ the first thing that comes up is ‘Bring Me The Horizon—Sempiternal,’ it’s like, if you Google the images, someone’s gonna have said something to them, so whether it was intentional or not, it is the same.”

He later added, “It’s not ours, it’s kind of cool really, it’s a cool thing that a band that big are also gonna be sharing with people.”

Read more: Dancing pumpkin losing it to My Chemical Romance, Bring Me The Horizon, Pierce The Veil is all of us

When it was first revealed that Coldplay would be using the symbol for their cover, many BMTH fans stood on Sykes’ side.

What do you think? Too close? Or, due to the fact that the symbol was around before either band were conceived, does it even matter? Let us know your thoughts.