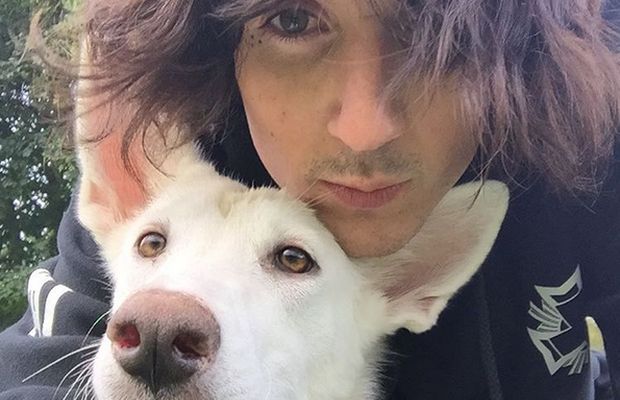 On his Instagram today, Bring Me The Horizon frontman Oli Sykes explains that the Greek rescue facility where he got his own beautiful pup, Luna, is “under attack,” facing a potential closure for seemingly unfair reasons stated by the area's government. This closure will result in several animals being forced onto the streets, many of which have already been adopted and are just waiting to be flown off the island to their new homes in Germany, Denmark and Sweden.

You can read Sykes' plea below and the original post from Santorini Animal Welfare Association (SAWA) here.

“PLZ HELP! Woke up to some awful news about the incredible rescue facility we got Luna from. PLEASE READ the below. We desperately need your help. Earlier this year we all spent some time in Santorini where BMTH recorded 'That’s The Spirit.' While there we stumbled across SAWA (Santorini Animal Welfare Association). Which is a shelter for abandoned dogs and rescued donkeys and horses. The shelter is amazing and they do so much for Santorinis dog population. They even go as far as rehoming dogs to Germany, Sweden, Denmark and the UK.

Obviously we all want this organization to continue its very important work on the island. However, at this right moment the shelter is under attack (again!) from the President of Karterados. SAWA was even summoned to court accused of being an illegal activity. And now the Mayor of Santorini has decided to close down the shelter all together because they don’t give a single fuck about the lives of animals and feel that SAWA is a ”sore sight” for Santorini. Even though it’s on a very remote location and really difficult to get to. You wouldn’t know it was there unless you were looking for it.

There are 38 dogs on site who have been adopted already and are awaiting to fly to their new homes in Europe, and these dogs are now being forced onto the streets again. This CANNOT and WILL NOT continue! They are literally tearing down their facilities as I write this so PLEASE everyone, help us out and write to [email protected] and protest. You can also call at 0039 697 2336622 and get your voice heard to the mayor about this.

And PLEASE share this, tell your friends, write to bigger animal organizations, write to papers/news channels and to celebrities who also fight for animal rights.”