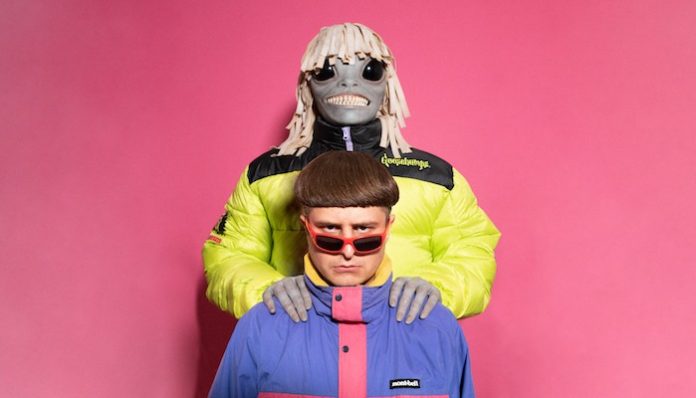 Earlier this year, Oliver Tree “retired” from the world of music. But that won’t stop the bowl-headed provocateur from rubbing his scalp all over the face of comics. Indeed, Z2 Comics has announced the first of their 2021 spring lineup today exclusively with Alternative Press with Tree’s first foray into graphic novels, Oliver Tree Vs. Little Ricky: Alien Boys!

“I’ve been writing this manifesto for the last 15 years, and after hundreds of different versions, I’ve finally crafted the greatest story ever told,” Tree says, ever the modest polymath. “This is my magnum opus, based on real events from my travels around the world. Let this book serve as a bible for my fellow artists in their darkest hour…”

Read more: Hear blink-182 team up with Oliver Tree to rework “Let Me Down”

Co-author Orpheus Collar, known for various works (The Kane Chronicles, Percy Jackson And The Olympians), is responsible for the images in the book. As one may suspect, they are nothing short of captivating.

“When I retired from comics in 2019, I didn’t think there was anything that could draw me back,” the artist says. “But as I was drawn into Oliver and Ricky’s orbit, I connected with their struggles navigating art and commerce. Alien Boys! is a prescient and exciting tale, which, like the thumping bassline of Oliver and Ricky’s musical oeuvre, will resonate with people of all beats of life. For those interested in out-of-this-world scooter tricks, punching and kicking, there’s plenty of that, too.”

Z2 publisher Josh Frankel was similarly understated about Alien Boys! “Oliver has descended upon comics like the son of Odin to wield his scooter like Thor swinging Mjölnir,” he says. “This book has everything his fans would want out of his first comic book and everything comics fans could need for full indoctrination into [the] Oliver Tree fandom. With Orpheus handling the art, I would argue that the world of Oliver Tree and Lil Ricky has never been more vivid and more hilarious.”

The premise of Alien Boys! is based on Tree’s life story and self-truncated career. He’s forced by the music biz to promote his “debut retirement album,” Ugly Is Beautiful. After Tree has his favorite herbal medicine withheld from him, he rattles his psychic saber, threatening to retire. Never the easiest of treadmills to get completely thrown off of, his label responds by replacing him with an alien with a sick mixtape, Little Ricky. Trapped in a world they never made (and admittedly too small for their respective egos), the duo are thrust together to become either faithful allies or hopeless casualties. Who will win? Who shall lose? Does it even matter if the story’s positively epic?  See, that’s what we thought… 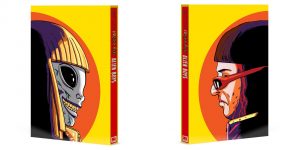 Oliver Tree Vs. Little Ricky: Alien Boys! comes out April 13, 2021 and is available for preorder right now on the Z2 website. Tree-dweebs can choose from a selection of different formats. In addition to the standard-edition graphic novel, other packages will include picture-disc vinyl variants of Ugly Is Beautiful; three exclusive Alien Boys!-inspired art prints; a beautiful slipcase to put it in, as well as an Oliver Tree vs. Little Ricky statue. (We’re not sure if it’s quite cool enough to beat up your Rick And Morty action figures. Maybe buy one and find out?)

And of course, it wouldn’t be an Oliver Tree proceeding without some backpedaling. “I do not endorse this book in any way,” Little Ricky ZR3 says. “I haven’t received any financial compensation for my contributions to the novel. Oliver did not allow me to be credited as a writer. Which is strange because it’s based on my life, as well. Also, I would like to say I do not believe this story to be entirely accurate. He left out extremely important details to save face from making himself look bad.” Will somebody please explain to Ricky what branding is? 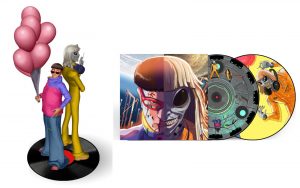 Alien Boys! is another win for Z2, the destination for amazing music-based comics and graphic novels. Die-hard music fans are familiar with some of the company’s best titles, including Apocrypha: The Legend Of BABYMETAL; YUNGBLUD Presents: The Twisted Tales Of The Ritalin Club; Eden: A Skillet Graphic Novel; Andy Biersack’s The Ghost Of Ohio and sonic shape-shifter Poppy.