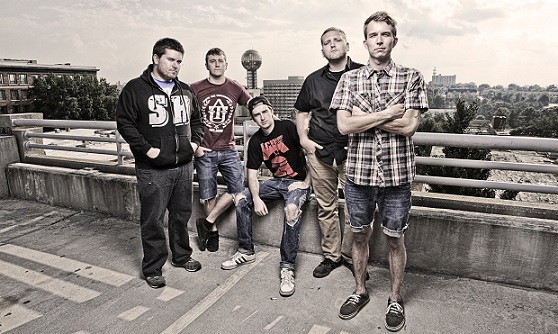 Knoxville, TN's On My Honor have announced that after being a band for nearly eight years, they are officially calling it quits. They are currently booking a farewell show that will take place in their hometown near the beginning of next year. The band's bassist, Jake, and drummer, Tobias, are currently seeking new projects to focus their time on. Their contact information can be found below, in the group's official farewell statement.

OMH found themselves in the pages of AP last year as one of our 100 Bands You Need To Know before blowing up our site when singer Drew Justice came out as a Christian. The full-length they last left us with, I Never Deserve the Things I Need, is streaming below.

When we really started getting going as a band, we always talked about how our main goal was to make other people feel how our favorite records made us feel. Although we've made some mistakes along the way, we did our best to keep sight of that goal. We hope that we did this for some of you. With that being said, we've decided it's time for On My Honor to come to an end. There was a lot that went into this decision, but most of it just comes from an overwhelming feeling that it's time for us to move on with other parts of our lives. We'd like to thank everyone that's ever been a part of this. From everyone that's booked a show for us, played a show with us, let us sleep on your floor, helped us put out a record, helped us record a record, helped us with press,or anything else thank you for helping us make On My Honor something we can look back on and be proud.

We will be booking one last show in our hometown for anyone that
would like to see us and it will take place early next year. We'll have more information on that as soon as it is available.

Our bass player Jake and drummer Tobias are actively seeking new projects. They can be reached at [email protected] and [email protected] Both of these guys are beyond great guys and great musicians, and any band would be lucky to have them.

Thank you,
On My Honor”