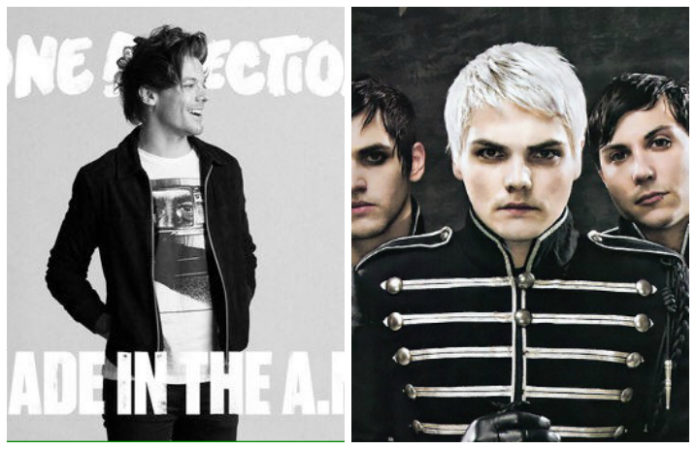 Last night on The Tonight Show With Jimmy Fallon, Louis Tomlinson, formerly of One Direction, performed his latest single “Just Hold On” with collaborator Steve Aoki. It's only the second performance for the duo and the song marks Tomlinson's first foray into a solo career. (Following in the well-worn path of other members Zayn Malik and Niall Horan.) However, as a few standstrong emos noticed on Tumblr, there was a striking similarity to the popstar's jacket and one My Chemical Romance member:

This is not the first time Tomlinson has been connected with our scene. In the past, he's been spotted with Brand New The Devil And God shoes, writing with Fall Out Boy and tweeting out his appreciation for Green Day.

Give the performance a peep below and let us know: an honest coincidence or a nod to his emo ancestors? What will be next for Tomlinson—fronting a pop-punk band? With 1D still on their indefinite hiatus, he certainly has enough time on his hands….