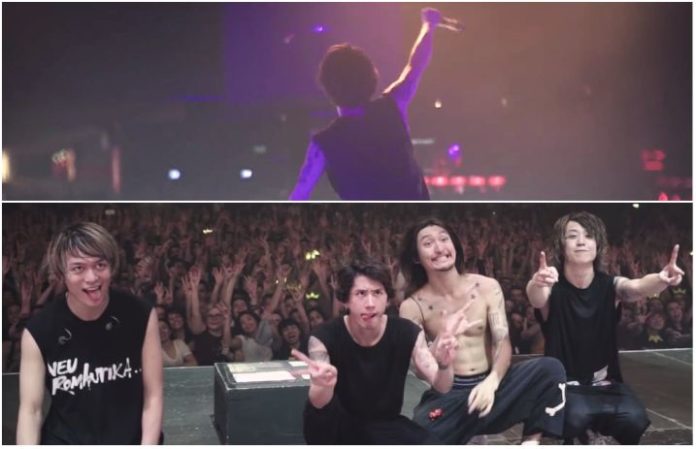 ONE OK ROCK share a compelling look at band life in a new video documenting the 2017 European tour behind their recent album Ambitions. Watch the clip below as the Japanese rock band uncover the familial facets of touring while tackling some of their biggest EU shows to date.

“We've been doing this band for almost 12 years right now,” frontman Taka Moriuchi says. “It's all the time, you know? We're never fighting each other, actually. They understand me, and also, I understand them. We trust each other—it's, like, almost family. You know, almost like brothers.”

The group's 2017 gigs for Ambitions also saw them playing in front of larger audiences. “Before we did, maybe two times, a European tour,” the band explain in the video. “This is way better than before. People are getting used to our style of music.” Moriuchi adds, “I think it's the best tour so far.”

And ONE OK ROCK's on-the-road endearment encompasses more than just the group members themselves. “It's kind of like a really big family,” Moriuchi says, revealing the band's affinity for their entire touring company. “There's a really good connection to the crew and the band.”

Watch more: If ONE OK ROCK ruled the world…