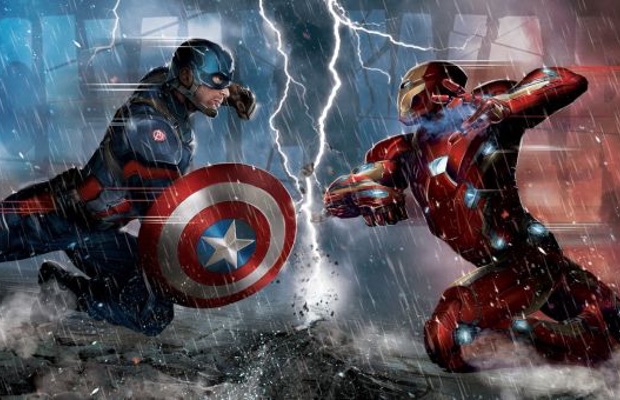 Read more: Check out this Avengers and Oz mashup

ComicBookMovie has revealed a few promotional images from the film, which show the two teams and their lineups of members. It looks like Iron Man, War Machine, Black Widow, Vision, and Black Panther will take on Captain America, Hawkeye, Falcon, the Winter Soldier, Sharon Carter, and Ant-Man (who is sitting atop Hawkeye's shoulder).

There's also a wonderful promotional image of the two teams in action. Check out all of the photos below.