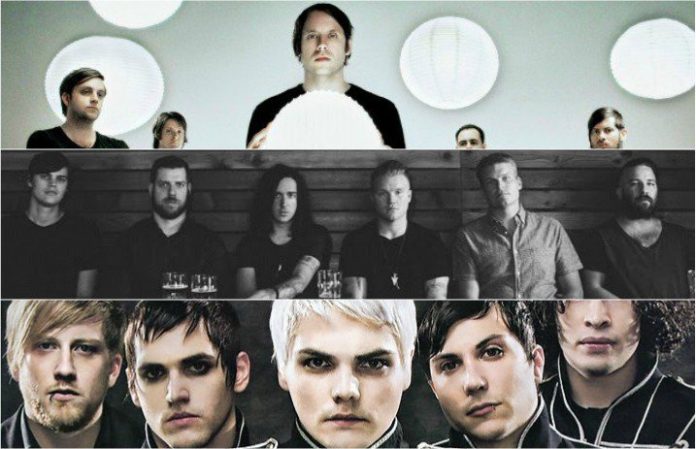 We love seeing a little punk inspiration on the runway, and that's exactly what designers Ariel and Shimon Ovadia wanted to deliver at their men's New York Fashion Week show.

As Vogue explains, the designers shared a “polished ode to a particular slice of rock ’n’ roll at the intersection of punk and country.”

The two designers explain that their music influences vary from Elvis Presley and the Clash's '79 album London Calling to the “latter-day punk bands—My Chemical Romance, Underoath, Thursday, to name a few” that they used to catch around the city when they were younger.

While we're seeing the '80s-vibing punk inspiration, we aren't so sure we see much directly reflecting The Black Parade or Danger Days.

Either way, it's still cool that they're channeling their teen years in their designs, and we're all about it.

Check out a few photos from Ovadia & Sons' collection below!