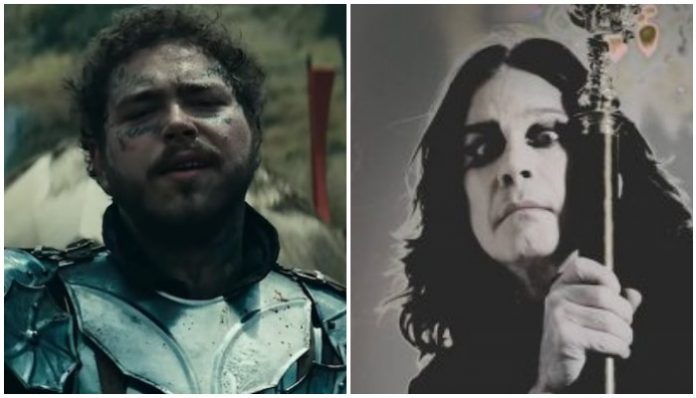 Ozzy Osbourne revealed the tracklisting for his upcoming album Ordinary Man and it includes the collaboration with Elton John as well as “Take What You Want” by Post Malone featuring Travis Scott and the Prince of Darkness himself.

Along with the first collab, Post and Osbourne also created another track for the album.

Read more: Frank Iero reminds MCR fans of reunion hint in front of them all along

Around the time of their first collaboration release, Malone revealed how the song came to be.

The duo has performed the track on multiple occasions including a show including with Scott at MTV’s American Music Awards. Now, Osbourne has announced it will be the last track on his upcoming full-length. The song is also featured on Post Malone’s latest release Hollywood Bleeding.

“I was in Utah because I had just got off tour. It’s good, right? Ozzy went over to Watt’s house”. Post Malone says of the making of the track on Zane Lowe’s Beats 1. “You’ve talked a lot before. He’s a maniac. I said, ‘Hey, you know what? Ozzy Osborne’s coming down, we’re going to cut it and I’ll FaceTime you. And you let me know what’s going on.”

“We talked and it was like a big deal. Yeah. Ozzy Osbourne. I think he crushed it. I mean he was talking to Watt and Watt was telling me he was like this, ‘Yo, this is my favorite that I’ve done since you know, Sabbath and since I started my own, own way.’ I was like, ‘That’s huge.’ I’m like honored. Thank you very much.”

According to Ultimate Classic Rock, during a taping with Sirius XM that will premiere Feb. 20, Osbourne shared the names of all the tracks to be included on the album.

The tracklist includes another Post Malone collab called “It’s A Raid.” “Take What You Want” is the conclusion track for the record.

Osbourne has also been dropping snippets of a few of the new songs via social media. Check out clips of “All My Life,” “Goodbye” and “Eat Me” below!

Check out what is included in the Ordinary Man tracklist below.

The song is an incredible ballad with the Rocket Man himself tickling the ivories and rocking his verse like a god. Speaking of the song, Osbourne discusses his status as a musician.

“There’s a line in ‘Ordinary Man’ where I sing, ‘I don’t want to die an ordinary man,’ which I don’t think I will,” he says.

“It all just came together,” Osbourne says of the guest stars. “Slash is a dear friend of mine, as is Elton. When I was writing ‘Ordinary Man,’ it reminded me of an old Elton song and I said to Sharon, ‘I wonder if he would sing on it?’ We asked and lo and behold, he agreed and sings and play piano on the song.”

Are you excited to hear the new Ozzy Osbourne and Post Malone collaboration? Let us know in the comments down below!