Fresh off the heels of an incredible tour announcement, Ozzy Osbourne continues to keep us wanting. The Prince of Darkness dropped a new track over a week ago, announced a tour with Marilyn Manson and is teasing something for this Friday.

Ozzy Osbourne’s website now shows a postcard inviting all who view it, to Hell. Ozzy’s Facebook page lists the summons as an event but it’s more than likely a new song.

Ozzy just dropped “Under The Graveyard” which was an iconic moment as it was the legend’s first solo song in 10 years. Now, with his new album expected in Jan. 2020, we predicted Ozzy would be releasing a few singles off the undisclosed setlist before the release.

With that information, we think this “Straight To Hell” promo is going to be a new single from Ordinary Man. Of course, we can’t secretly deny that we hope it’s Ozzy’s cover of the classic by The Clash. We can’t help but get enough of whatever the Prince of Darkness is selling these days especially after the rescheduled UK and European tour dates and the announcement that Marilyn Manson would be opening the show for the North American tour dates as well.

Check out the image of the site below, as well as the Facebook event tweet by Ozzy. 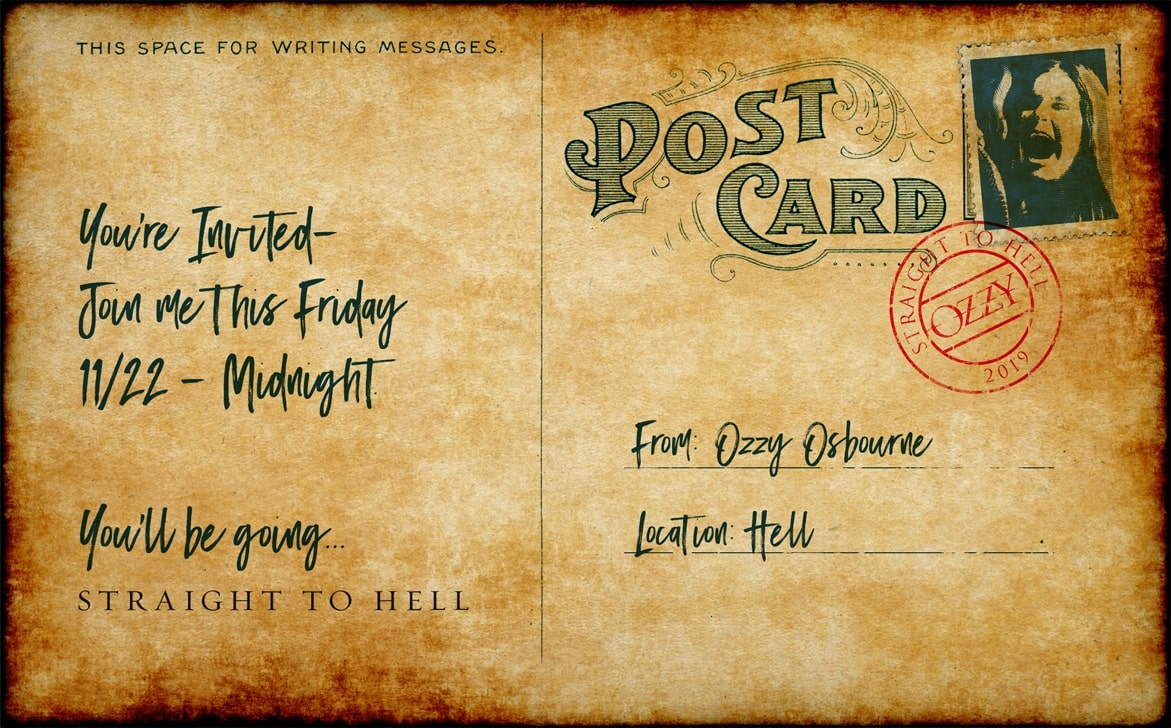 In case you weren’t excited for Ozzy Osbourne’s first solo record in over 10 years, check out the first new song released titled “Under The Graveyard”.

If that’s not enough to get you excited for Ordinary Man then hopefully whatever this Straight To Hell promotion is is enough. We’ll all keep our eyes and ears perked up for whatever The Prince of Darkness has planned for Friday, Nov. 22.

For tickets to the tour, head here. A full list of rescheduled dates is below.

What do you think this promotion is for? Is it a new song or another tour announcement? Let us know in the comments below!