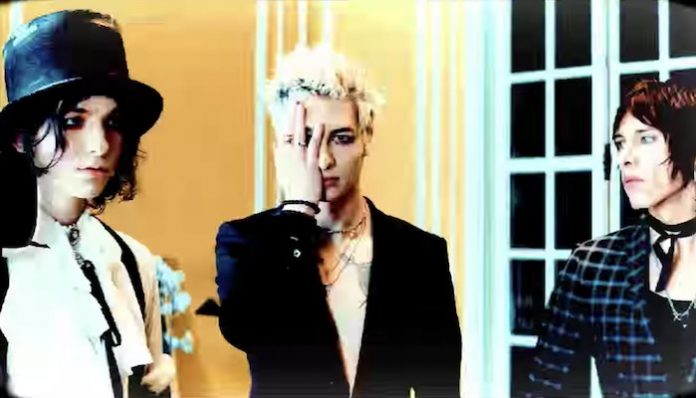 On Tuesday, the band posted an illustration done by Emerson Barret and XObillie aka E.K Nilsson. from the band’s upcoming graphic novel.

In the caption, they promised fans that if the post got 20,000 likes that they’d release a new single and music video early. The name of the song is unknown, but according to the caption, it seems like it will be called “Hang On To Yourself.”

20k comments and we will release the new single and music video early. X ‘Invitation by royal decree, you are cordially welcome to the Obsidian recruitment gala masquerade hosted by Sir Alister Warhol’ Artwork by @xobillie & @emersonbarrett from the upcoming Graphic Novel. You better leave or… ‘Hang On To Yourself’ #PalayeRoyale #TheBastards #HangOnToYourself

Fans have been frantically commenting on the post ever since. Hopefully, we reach it so we can jam out to some new tunes very soon.

The band have released “Fucking With My Head” and “Nervous Breakdown” from their upcoming album, which will be released around the same time as the graphic novel. Those are set to drop sometime at the beginning of next year. You can see the cinematic videos for both the new tracks below.

Also, you can read a full Q&A with Palaye Royale frontman Remington Leith about the band’s next era here.

As for the graphic novel, we don’t know the title, as it shares the same name of the impending record. Barret previously told AP that the series will be a three-volume arc with preorders for the first digital installments coming in December. And then, the physical versions will drop in mid-January of 2020. As an exclusive to AP, Barrett sent us the first page of the book, rendered by himself and co-artist XObillie aka E.K Nilsson. You can see that sneak peek here.

Do you think Palaye Royale will release the next song and music video early? Sound off in the comments down below!