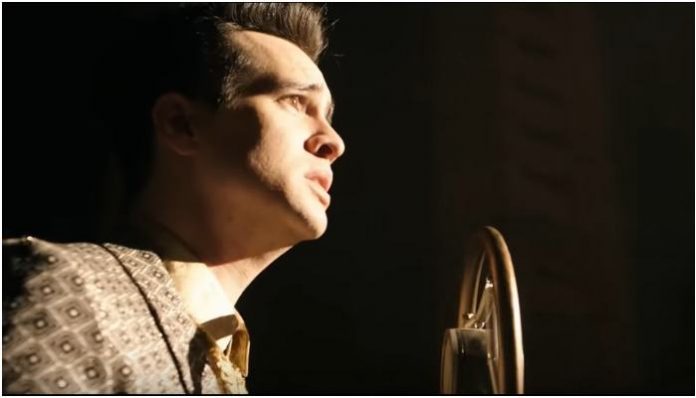 Panic! At The Disco dropped a new music video for their rendition of “Into The Unknown,” taken from Disney‘s Frozen 2 soundtrack.

We first learned of the band’s involvement with the soundtrack in late September when the Disney film unveiled the full tracklisting. Elsa (Idina Menzel) performs the track in the movie, while P!ATD recorded their own version for the end credits.

“Into The Unknown” was first released with a lyric video Nov. 4. Check out the official music video for the track below.

Other scene favorites are also featured on the movie soundtrack. Weezer is taking on “Lost in the Woods,” which is sung by Jonathan Groff as Kristoff in the film. Meanwhile, Kacey Musgraves made heer own version of “All Is Found” originally sung by Evan Rachel Wood as Anna and Elsa’s mother, Queen Iduna, in the movie.

Frozen 2 and it’s accompanying soundtrack are out now. The album is available here with the full tracklisting below.

During a Twitch stream to raise funds for the Highest Hopes Foundation, Panic! frontman Brendon Urie dropped a new song.

Joined by Josh Dun and Pete Wentz, the musicians streamed themselves playing video games. Donations of $10 received a prize raffle entry with $25 donations earning a gift. The musician is also playing Fortnite without a weapon at $10,000 raised and at $50,000 he played a drum solo live. After donations reached $75,000, Urie ended up premiering his new metal song.

metal has been my favourite genre since i was 12, thank you brendon urie for my life pic.twitter.com/Oa3FFf348Y

What are your thoughts on Panic! At The Disco’s “Into The Unknown” music video? Let us know in the comments below!