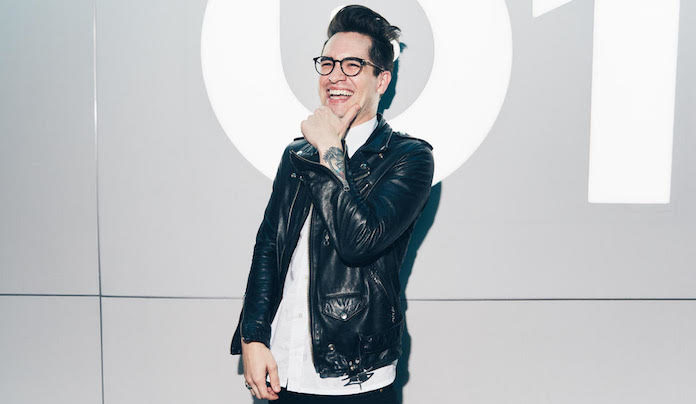 Panic! At the Disco released a new track “King Of The Clouds” today, and frontman Brendon Urie sat down with Zane Lowe on Beats 1 to admit that the song almost didn’t make the album.

Apparently, there was a deadline issue that made the track almost cut out of Pray For The Wicked. The track was created when Urie and a few friends smoked a little too much weed. He went on a rant about other dimensions, and producer Jake Sinclair turned that into lyrics.

“The day before the deadline of the record where I had to have everything in so they can make their plans and marketing and distribution, the whole deal…Around midnight I get a text and Jake’s like, ‘I’m coming over your house tomorrow, OK.’ That’s all I get,” Urie said. “We start working on this song. I’m like, ‘Dude this is the dopest song I’ve ever heard. This is so cool. What the hell.’ He’s like, ‘Yeah dude, remember when we came over last week, and you were talking with our buddy Sam about Carl Sagan and interdimensional travel and multiverse is a real thing?’ I’m like, ‘Yeah.’ He’s like, ‘Well, he wrote down your thoughts into lyrics, and we’re going to sing them right now.’ I was like, ‘OK let’s do this.’”

Urie went on to tell Lowe he didn’t expect to make Pray For The Wicked in the first place because he was so busy working on Kinky Boots on Broadway. He ended up isolating himself to work on the album.

“I told my manager and label, ‘Give me two weeks. I’m not answering the phone; I’m not answering emails. I’m off the grid, dude. If I come back alive, there we go,’” Urie said. “So after the second day of playing video games and doing nothing, I got so pissed. I think the workaholic started to come back and I was like I have to get back out there. I jumped in the studio, started writing some stuff and putting some stuff together, and then it just kind of snowballed into that.”

Panic! At The Disco’s upcoming sixth studio album, Pray For The Wicked, is out Friday, June 22, via Fueled by Ramen/DCD2. Check out the track below.

The band are taking Pray For The Wicked on tour next year with support from Two Feet. See the complete list of cities and dates down below.

Panic! At The Disco tour dates

Brendon Urie’s on the cover of AP