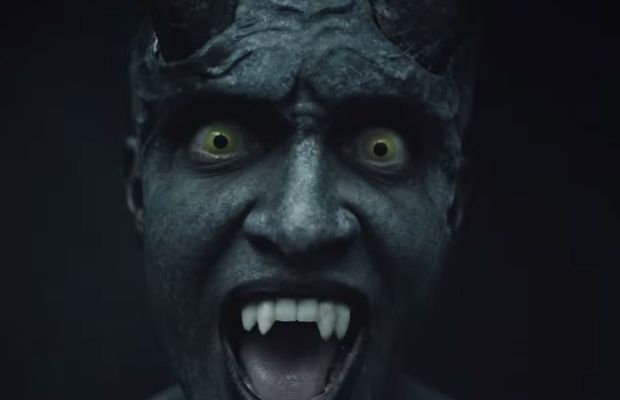 Panic! At The Disco have (finally) officially announced their new album, Death Of A Bachelor, which will be released on January 15, 2016 through Decaydance and Fueled By Ramen. The album's cover art can be seen below along with a wild video for the band's new single, “Emperor's New Clothes.” The visuals, directed by Daniel Cloud Campos, follow the narrative from Panic!'s “This Is Gospel” video from 2013's Too Weird to Live, Too Rare to Die!.

Watch: twenty one pilots’ Josh Dun dancing to Panic! At The Disco is everything

On Facebook, frontman Brendon Urie shared the following with fans:

“When I was a little kid and I heard a song I liked on tv, I would jump up and run to the piano to try and figure it out by ear. When I was 10 or 11, I built myself a drum kit in the garage made out of empty laundry detergent buckets, old lawn chairs, paint cans, and old trash cans. Around that time, my parents got me my first guitar. A baby acoustic. I jumped between all of these instruments constantly to satisfy the ideas I heard in my head. At this young age, I realized that music would play a huge part in my life. I had no idea.

'Death Of A Bachelor' is in honor of those times I spent alone as a kid. Allowing music to consume me. Playing everything myself just to get the idea right and out of my head. It’s a beginning to a new era. And an homage to how it all began.

This album is me. Running to the piano. Building a drum kit. Strumming a guitar.

You can pre-order Death Of A Bachelor through iTunes now to receive instant downloads of “Emperor's New Clothes,” “Victorious” and “Hallelujah.”