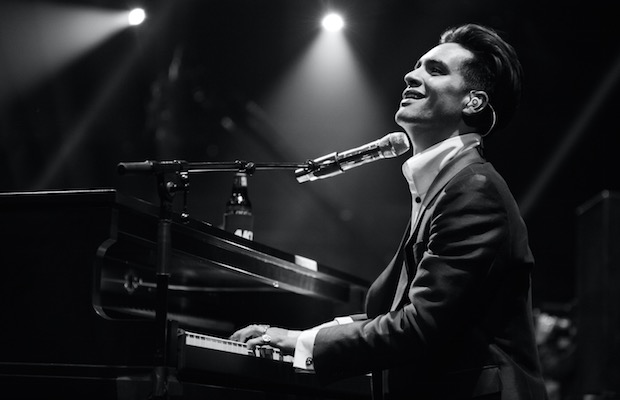 Panic! At The Disco fans, it’s time to get excited: They’ve announced All My Friends We're Glorious, a 21-track live album, and to say we’re pumped would be an understatement.

Read more: You can buy Panic! At The Disco and Paramore’s BBC Radio 1 Live Lounge covers

The record is set to be released December 15, with both digital versions and a limited-edition double vinyl. The tracks were recorded on the band's recent Death Of A Bachelor Tour, featuring such tracks as “Nine In The Afternoon” to “LA Devotee.”

The album will be available for pre-order starting Tuesday, November 21 here.

For those of you without record players, the album will also be available digitally everywhere on 12/15. Vinyl pre-sale starts tomorrow at 12pm ET in the webstore (so set a reminder, it’s gonna be…glorious) – https://t.co/QSEoWxGnkD pic.twitter.com/ATDjeu4biB

Who is excited for All My Friends We're Glorious? Let us know in the comments below!