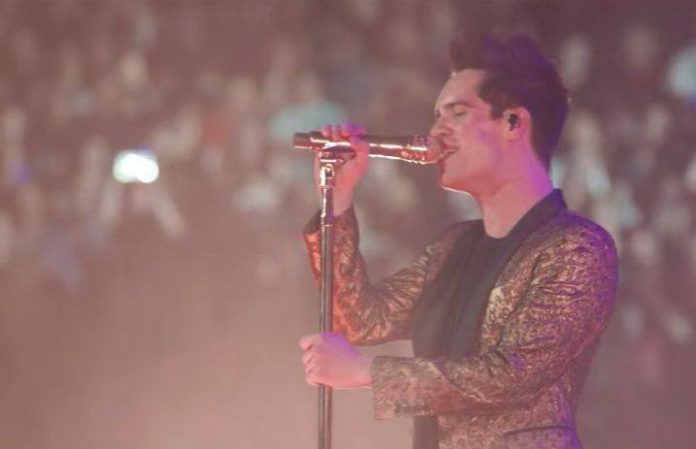 [Photo by: Panic! At The Disco/YouTube]

Following Dallon Weekes' departure from Panic! At The Disco last winter, we were left wondering who Panic!'s new bassist would be.

And at tonight's intimate show, we got our first introduction to P!ATD's new bass player: Nicole Row!

Read more: Panic! At The Disco appear to be getting ready for something—literally

Frontman Brendon Urie gave her a proper introduction at tonight's show, and she gave Cleveland a shout out on her Instagram Story, too.

Tonight, the band are playing a surprise show in AP's hometown of Cleveland, after sending fans cryptic packages containing bottles of “Unholy Water.”

Is Cleveland getting a taste of new music?! One thing is certain: Panic! have us Sinners on the edge of our seats.