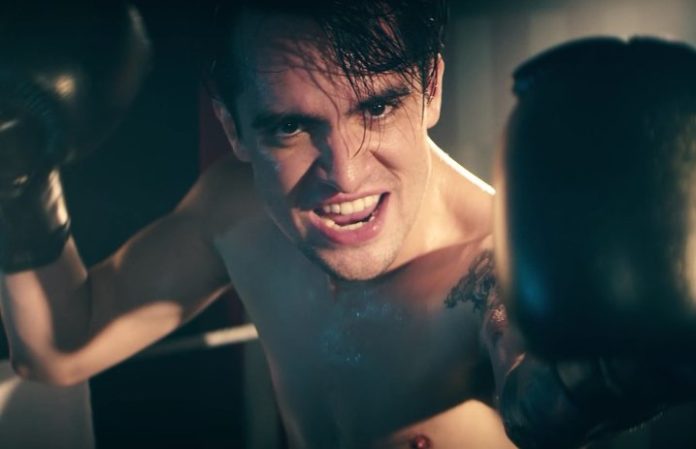 Upcoming AP co-cover stars Panic! At The Disco have released a remixed version of their song, “Victorious.”  Panic! mastermind Brendon Urie called on Grammy-nominated RAC to remix the track.

Video: Watch Halsey cover Panic! At The Disco’s “I Write Sins Not Tragedies” with Brendon Urie

“I’m a fan of RAC’s remixes and was excited when he agreed to work his magic on ‘Victorious,’” Urie says. “He injected an entirely new energy into the song.”

Listen below and be sure to catch the band on their co-headlining tour with Weezer this summer.

What Gerard Way told Aidan Gallagher after his first scene as...

Watch Machine Gun Kelly hotbox and rap in his car for...