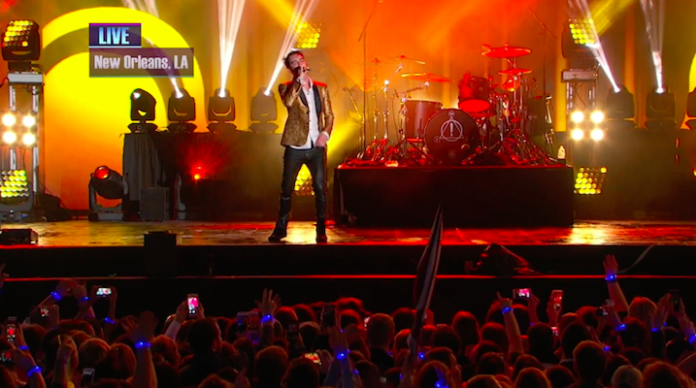 Panic! At The Disco helped welcome 2017 with an amazing performance in New Orleans during Dick Clark’s New Year’s Rockin' Eve 2016.

Their setlist included, “Victorious,” “Death of a Bachelor” and “I Write Sins Not Tragedies.”

Read more: Panic! At The Disco are already working on a new album

If you want to relive Brendon's insane high notes or missed the performance the first time, check it out in the video below.

.@PanicAtTheDisco has high hopes for you, 2017. Bring it on! Can't wait for their performance from New Orleans tonight. �� #RockinEve pic.twitter.com/HDlL3lBfQH