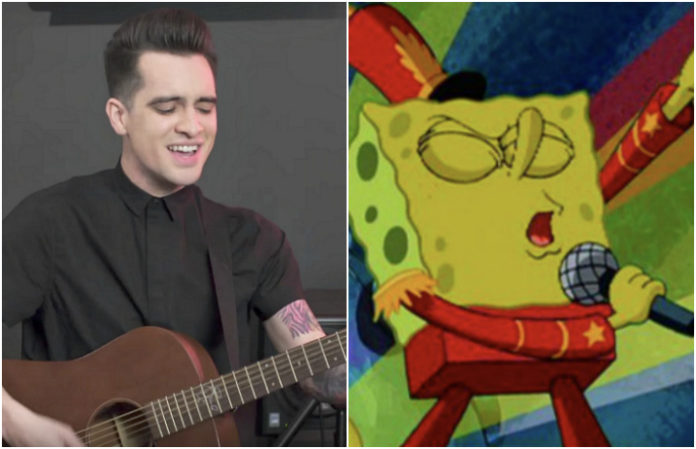 Back in 2015, we reported that Panic! At The Disco’s Brendon Urie would be writing music for a forthcoming SpongeBob Squarepants musical. Well, that turned out to be the real deal.

Hear a clip from the song below!

Read more: Panic! At The Disco to write music for Spongebob Squarepants musical

The musical made its debut in Chicago last summer, and it’ll be moving to the Palace Theater on Broadway this winter.

Nickelodeon released a video last spring that details more about the artists that they worked with to bring the score to life, including Aerosmith, John Legend, Plain White T’s and, of course, Panic! At The Disco.

Urie happens to sing a song called “Not A Simple Sponge,” and it’s actually pretty amazing.

Watch a clip of him singing the tune (and confirming he is a fan of SpongeBob) below!

And although this isn’t Urie singing the tune, hear his original song come to life on Broadway here:

According to The New York Times, performances will begin on Nov. 6, with opening night scheduled for Dec. 4. They also report that Ethan Slater, who starred as SpongeBob in Chicago, will return for the real on Broadway.

What are your thoughts on hearing Brendon’s original song come to life on Broadway? Let us know in the comments below!