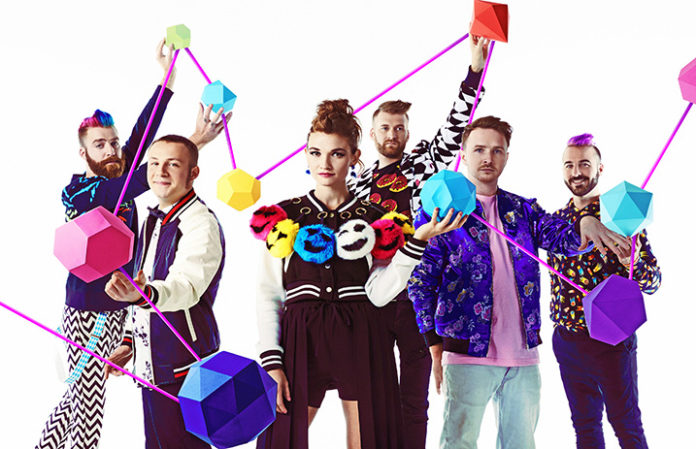 With only a week until MisterWives will be supporting Panic! At The Disco on the Death of a Bachelor Tour, the group have released an amazing new protest-inspired song.

Listen to “Machine” below!

Read more: Hear Brendon Urie’s vocals isolated from Panic! At The Disco’s “Nine in the Afternoon”

“Machine” is the first single off their next highly anticipated album. MisterWives announced that the album was finished recording in December and we've been dying to hear what it would sound like.

“‘Machine’ is a rallying cry to stand against a world that suppresses individuality and diversity. This song embodies the movement of celebrating our differences, staying true to ourselves, and always sticking it to the Sith Empire! (insert middle finger emoji),” said MisterWives about the new single.

Their debut album Our Own House peaked at No. 31 on the Billboard 200 back in 2015, along with the band making it to No. 1 on Billboard’s Emerging Artist Chart.

They'll soon be joining Panic! At The Disco on the Death of a Bachelor Tour where they'll get to play in prestigious venues such as Madison Square Garden.

Listen to “Machine” below!

Check out the dates for the Death of a Bachelor tour below!