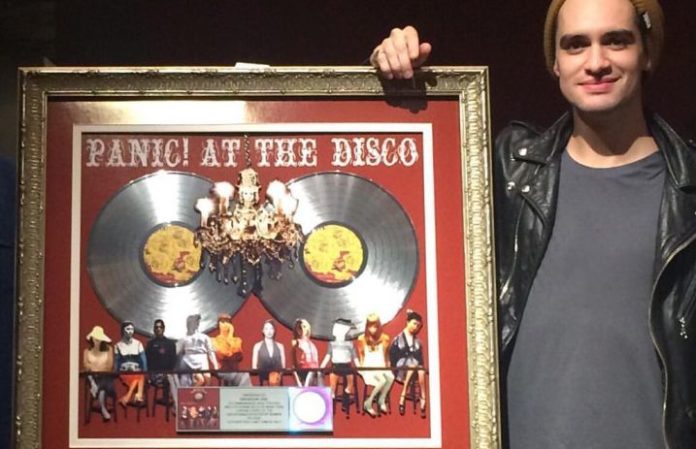 Not to much surprise but wholly impressive nonetheless, Panic! At The Disco's 2005 debut, A Fever You Can't Sweat Out, has been certified double platinum, after having sold at least two million copies in its 10-year existence. The album, produced by Matt Squire and released through Decaydance and Fueled By Ramen, spent 66 weeks on the Billboard 200 and featured popular singles such as “I Write Sins Not Tragedies” and “Lying Is the Most Fun a Girl Can Have Without Taking Her Clothes Off.”

On January 15, 2016, Panic! At The Disco will release their fifth full-length LP, titled Death Of A Bachelor. Pre-orders are available through iTunes.

Congrats to Brendon Urie and the boys on the AFYCSO news and a wildly successful career. You can send your congrats to the band through their celebratory tweet below. Just revel in the glory of that plaque.

Well this calls for a toast so pour the champagne �� Here's to 10 years, 2 million albums and you, thank you! pic.twitter.com/XwSisqpMbq