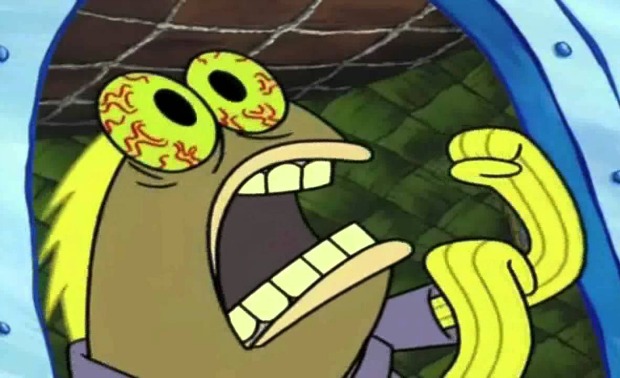 It's hard to imagine that a vinyl featuring the soundtrack of Spongebob Squarepants could be any more awesome, but it turns out adding Pantera and Ween will definitely do that.

Check out the entire track listing below!

Read more: That SpongeBob-themed metal band kick butts and stare ugliness in the face on ‘Bold And Thrash’ EP

This vinyl features some of our favorite SpongeBob songs including “Ripped Pants” and “F.U.N. Song,” while also reminding us that Pantera and Ween were both featured in the animated series.

Pantera was featured in the episode, “Prehibernation Week,” where we truly found out just how extreme Sandy Cheeks is. “Pre-Hibernation” plays during sone of the extreme sports that Spongebob is forced to play, including Extreme Jacks. Check out a clip below!

Ween was featured in the episode, “Your Shoe's Untied,” with their song “Loop de Loop.” Who would have guessed that Gary the Snail would be a Ween fan but how else are you supposed to learn how to your shoe? Listen to the song below!

This vinyl is the perfect way for you to mourn the departure of our favorite SpongeBob-themed metal band, xSPONGEXCOREx.

“We're laying down the instruments for now heading back to our full time jobs at the Krusty Krab!,” wrote xSPONGEXCOREx in a post on their Facebook back in November.

If you're interested in jamming to your Favorite Spongebob tunes, you can preorder the vinyl here. Did we mention that the vinyl is tri-color and actually kind of looks like Spongebob?

What was your favorite Spongebob song growing up? Let us know in the comments and check out the entire track listing for this album below!

1) SpongeBob SquarePants Theme by Painty The Pirate and Kids

5) Ripped Pants by SpongeBob and The Losers

6) F.U.N. Song by SpongeBob and Plankton

7) SpongeBob ScaredyPants – The Ghastly Ones