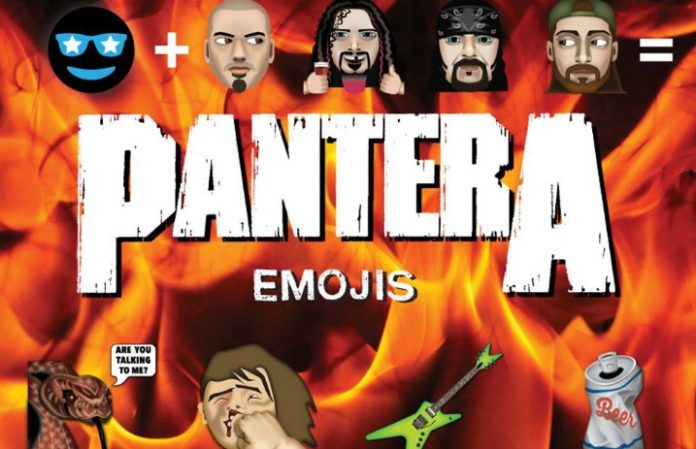 Pantera have officially released their own emojis, and we can't wait to use them!

Take a peek at the rocking new emojis below!

As announced on their official Facebook page, the band has teamed up with Emoji Fame to create a glorious emoji pack which can be purchased on itunes now for $1.99.

The emoji pack inclues beer, guitar amps and punching—really everything you could ever want in an emoji. The band says that the Android version will be available for purchase in September, but no date yet.

It seems as if this may be another attempt on Pantera's part to reach a younger audience, like when their music appeared on an episode of Spongebob Squarepants back in the day. Either that, or they just have a really great sense of humor. Either way, we'll be downloading these emojis ASAP.

Will you be sending your friends these Pantera emojis? Let us know in the comments below!