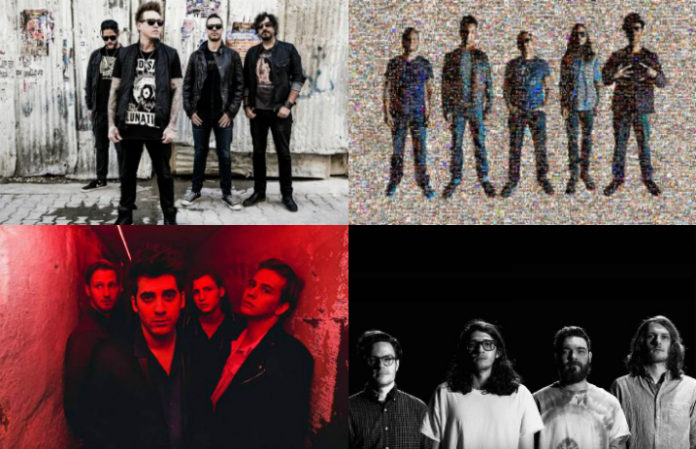 Watch a new version of Papa Roach's “Periscope” video—plus, don’t miss a 1975 cover from Circa Waves. Check out the news you might have missed today below!

Read more: The Amity Affliction release The Weeknd cover and other news you might have missed today

Papa Roach debuted a brand new version of their video for “Periscope” feat. Skyler Grey on Spotify's “Rock This” playlist! Watch it via Spotify right here, and check out the original video below.

2. Neck Deep go back to their roots

Neck Deep are sponsoring the football club (American translation: soccer team) that frontman Ben Barlow played in as a kid. We kind of want one of these jerseys…

3. Alter Bridge drop live video for “Cradle To The Grave”

Nothing like a concert video to make you feel like you're part of the action. Check out Alter Bridge's new one for “Cradle To The Grave” below!

Two great bands—Circa Waves and the 1975. There's no going wrong here with this awesome cover of “Somebody Else”! Listen to it on Spotify below.

311's new album Mosaic is out today! Pick up the album right here, and check out the video for single “Too Much To Think” below.

“Smile” is a brand new track from TesseracT—listen to it below!

8. A Will Away release “Gravity” video

Connecticut rockers A Will Away premiered their seriously stunning new video for “Gravity” over on Billboard. Check it out below, and say you knew them first when they get massive!