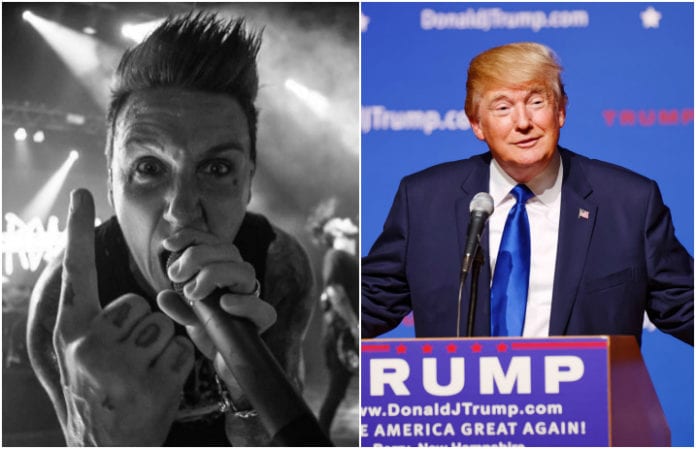 Papa Roach vocalist Jacoby Shaddix is reportedly disappointed with the state of American politics, according to a new interview with the musician in NME.

While promoting Papa Roach's recently released ninth studio album, Crooked Teeth, the frontman waxed political with the British music mag, saying he doesn't identify with any political party in the U.S. In fact, Shaddix claims he's “not impressed” with the overall governmental condition of the country.

“I'm on the ticket of 'none of the above,'” says Shaddix. “I am really not impressed with American politics and American politicians. The state of affairs is really fucking depressing, and it saddens me.”

Specifically, Shaddix zeroes in on the current presidency of Donald Trump, saying he's likewise unimpressed by the businessman and former TV personality's administration of the executive branch.

“[T]he current administration is just seems like a fucking shit show and I am not impressed, I am not a fan and I think we have a long way to go.”

This isn't the first time Papa Roach's name has popped up in the political sphere. Earlier this year, rumors sprouted online that House Speaker Paul Ryan was listening to the band in his car.