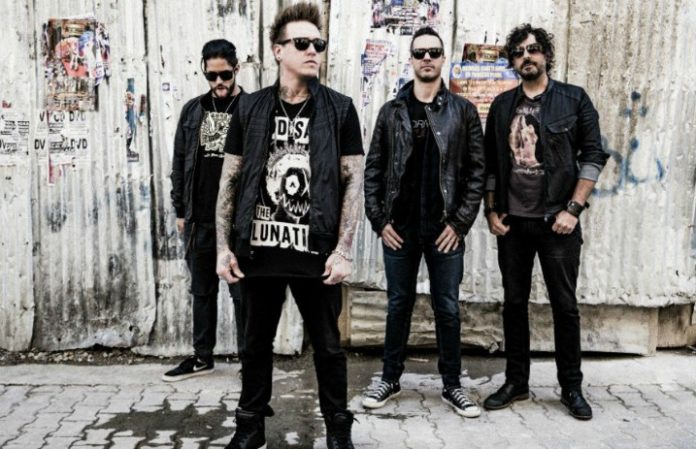 This marks the first time that the Californian rock band have earned two Billboard No. 1s from the same record.

“Born For Greatness,” the third single from Crooked Teeth, rose from the No. 3 spot to No. 1 on the chart dated Feb. 10. It has now become the band's fourth No. 1 overall.

The single's video was put out about a week ago, and you can watch it below:

Though the band have had two previous Mainstream Rock No. 1s, the tracks didn't come from the same album. Metamorphosis' “Lifeline” topped the chart for six weeks in 2009, and F.E.A.R.'s “Face Everything And Rise” ruled for a week in 2015.

“Born For Greatness” has become the band's 18th Mainstream Rock Song top 10 to date. “Last Resort” was their very first entry, peaking at No. 4 in September 2000.

Papa Roach currently rank in a seventh-place tie with Five Finger Death Punch for the most top 10s since 2000. Shinedown lead, with 22 hitting the chart.

Papa Roach are hitting the road this spring with Nothing More and Escape The Fate. You can grab tickets here.

* with Nothing More, ^ with Escape the Fate

Could another song from Crooked Teeth land No. 1? Let us know in the comments!