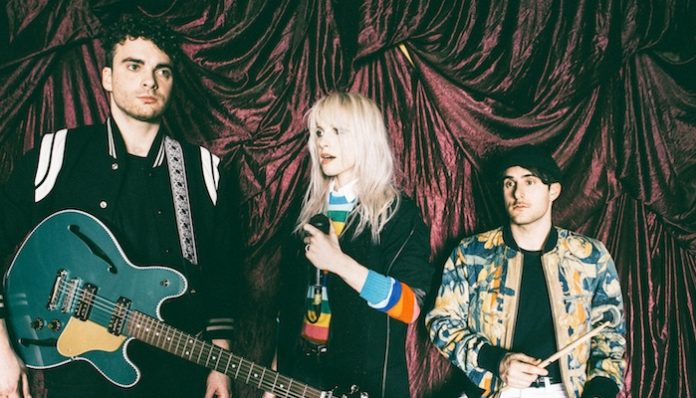 On Wednesday, Hayley Williams reaffirmed Paramore‘s stance against homophobia in a pro-LGBTQ+ message.

Read more: A ‘Harry Potter’ reunion just happened, but not in the way you may think

As a quick recap, both Josh and Zac Farro left Paramore back in 2010. Paramore kept the specifics about the brothers’ decision to leave out of their official statement. However, Josh later shared in his own statement that their decision to leave was due to the alleged control both Williams and her father had over the band.

Following the Farros’ departure, Paramore became a trio and they went on to release their self-titled album in 2013. However, bassist Jeremy Davis eventually left the group in 2015. His departure led to a legal case that was finally settled in 2017.

Over the years, Taylor York and Williams eventually reconnected with Zac Farro. Then, when it came time to making After Laughter, Farro became part of the creative process and soon rejoined the band.

Read more: Watch In This Moment’s powerful new video for “As Above, So Below”

Now, it looks like fans are finally finding out part of the reason why Paramore split with Josh Farro in 2010. This week, an alleged recent comment from Josh Farro emerged online. In the post, he says that homosexuality is “a perversion.”

The comment began to spread across social media and soon ended up in front of Williams. She took to Twitter to pen a pro-LGBTQ+ message while simultaneously confirming that past Paramore members have left due to conflicting belief systems.

“There’s a reason there are only 3 people left in Paramore. Surprise, haters, it ain’t cause of me,” Williams says. “Paramore do not condone religiously/politically dogmatic beliefs which leave our LGBTQ+ friends, fans, & family feeling abandoned and hopeless.”

there’s a reason there are only 3 people left in @paramore. surprise, haters, it ain’t cause of me.

Williams further says that if fans don’t accept Paramore’s support for the LGBTQ+ community, they can look elsewhere for music. She also gives a special shoutout to Brian O’Connor, the creative director of Good Dye Young.

“And ya know, if that doesn’t jive with you, well, feel free to go to where all past members of Paramore have gone which is literally anywhere else but Paramore. to Paramore’s LGBTQ+ family (and @ColormeBrian I am talkin straight to you) you are full of love and you are loved.”

and ya know, if that doesn’t jive with you, well, feel free to go to where all past members of paramore have gone which is literally anywhere else but paramore.

to paramore’s LGBTQ+ family (and @ColormeBrian i am talkin straight to you) you are full of love and you are loved.

Williams’ latest tweets come just 24 hours after she announced her home-recorded EP Petals For Armor: Self Serenades. Arriving on Dec. 18, the new release includes acoustic versions of “Simmer” and “Why We Ever.” It also features a new track, “Find Me Here,” which Williams describes in an Instagram story as, “one of my favorites I’ve written this year.”

Pre-orders for the release are available here.

Zac Farro has released his own statement regarding the alleged comments made by his brother Josh Farro. The drummer and HalfNoise frontman took to Twitter to share that he does not condone any actions that don’t show support for the Paramore and LGBTQ+ community.

Zac goes on to further explain some of the specifics that happened following his departure from Paramore ten years ago.

“When my brother and I left Paramore in 2010, there was a post about the band that I did not fully condone. My name was included on the post yes, but I had not been briefed on what the entirety of that message contained.”

He elaborates that he stands alongside his current Paramore bandmates and the welcoming community surrounding the band.

What are your thoughts on Hayley Williams and Zac Farro’s statements? Let us know in the comments below.