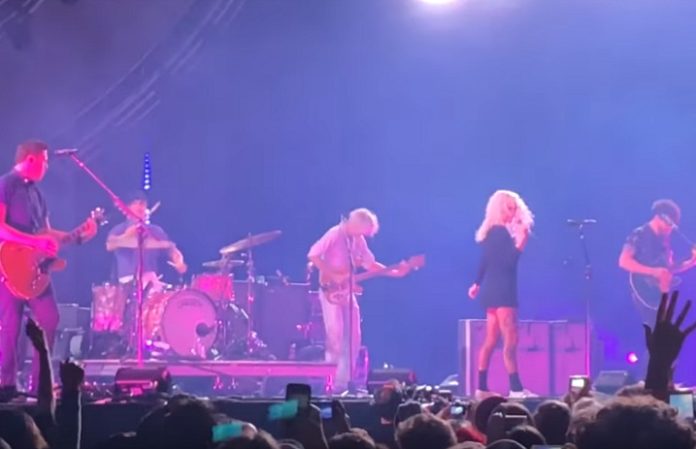 Paramore are currently on their U.K. and European tour in support of their latest album, After Laughter, giving fans those high-energy, incredible performances along with a mash-up we never knew we needed before now.

The band played London's O2 arena this past Friday (Jan. 12), opening their set with an amazing mash-up of their hit “Hard Times” and Blondie's “Heart Of Glass.” It's impossible not to find yourself dancing along to the fan-shot footage of the performance, especially seeing just how much fun frontwoman Hayley Williams is having during the high-energy mash-up.

You can watch Paramore's performance below, with the Blondie snippet coming in around the 4:10 mark.

This Blondie and Paramore mash-up isn't the only crossover we have to look forward to. Stranger Things star Gaten Matarazzo's (aka Dustin) band Work In Progress was recently invited by Williams to “crash a pmore stage and thrash those luscious locks around (& harmonize, obv) whenever the spirit (of rock) leads you.”

We're keeping our fingers crossed for a Paramore and Stranger Things crossover in the very near future.

Have you managed to catch Paramore on their After Laughter tour? Let us know in the comments below!