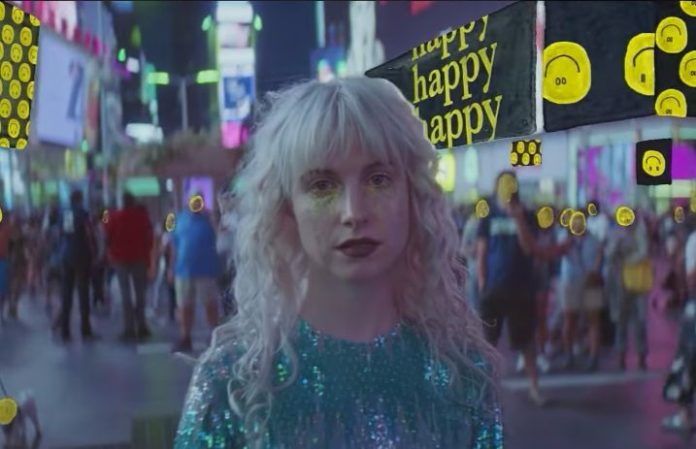 [Photo by: Fueled By Ramen/YouTube]

Paramore have debuted a new music video for “Fake Happy,” directed by the band's own Zac Farro.

The track is taken from their fifth studio album, After Laughter, released earlier this year. The music video shows Williams wandering through the streets of the Big Apple in the most free-spirited of ways—featuring plenty of fake happiness.

Give it a watch below:

Paramore have kept busy in their support of After Laughter, with their forthcoming Tour Three kicking off next year.

Recently, Paramore took to the Good Morning America stage to perform some of their biggest hits from After Laughter, and, of course, it was as amazing as we would expect. You can watch those performances here!

Not to mention, it’s clear that the rest of the world loves Paramore as much as we do. (As if we'd expect anything less.) The new “Adults React To Paramore” video is one of the best things we’ve seen, and we can only agree with their love for the band. Give that video a watch now.