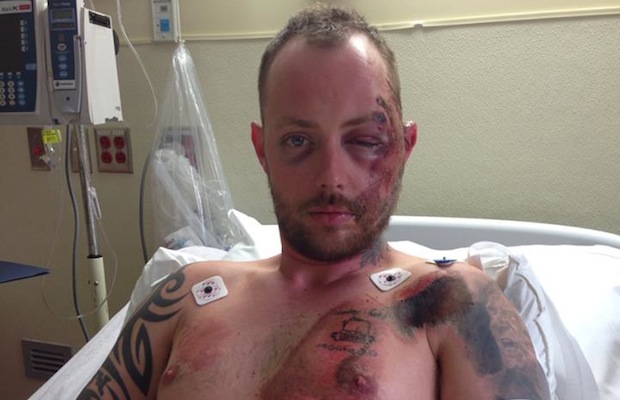 Paramore's current live drummer, Miles McPherson, who has previously performed with artists such as Kelly Clarkson and Look What I Did, was badly injured Friday when he lost control of a golf cart, which flipped on top of him and dragged him by the face for approximately 20 feet.

While the musician's wife and two friends were jettisoned from the cart, and received only minor injuries, McPherson suffered burns to his face, shoulder, and arms from leaked battery acid, broken bones in his face as well as a finger, and injuries to his leg.

McPherson has been released from the burn unit at the Vanderbilt University Medical Center in Nashville, Tenn., and is recovering at his nearby home. However, doctors are still unsure if he will regain full mobility in his hand, which is essential to his livelihood.

Though the drummer's insurance will cover the majority of his medical expenses, friends of the family have set up a Facebook and donation page in order to assist the father of two in his recovery, while he's out of work. According to a local news source, “friends and colleagues in the music industry raised close to $5,000” in just the first 18 hours. McPherson's future tour plans remain uncertain.

Below, check out a recent video of Miles performing with Paramore on Conan:

For his part, McPherson has remained in good spirits: