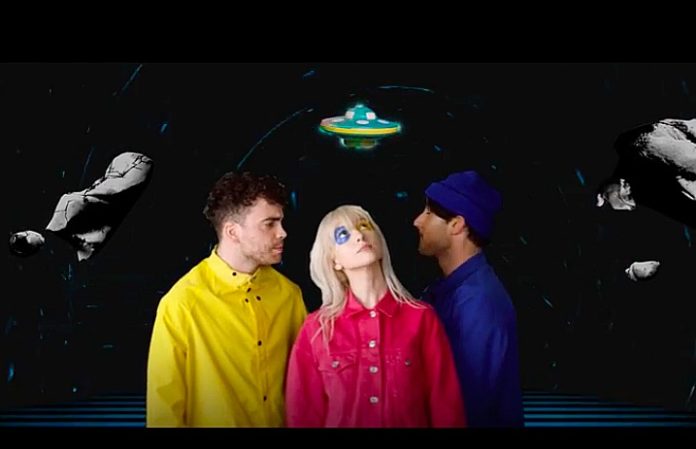 Paramore have just dropped the first single from their forthcoming fifth album, After Laughter, which will release May 12 via Fueled By Ramen.

“Hard Times” is streaming now below.

Rumors of new music have been quickly surfacing. Paramore were teasing the record heavily on their social media over the past few days. Recently, 12 tracks were registered with the American Society of Composer, Authors and Publishers database.

Last summer, the band were posting pictures from the studio, which included Hayley Williams and Taylor York with then-former drummer Zac Farro and Justin Meldal-Johnsen, who was the producer on 2013's self-titled album.

Farro drummed on Paramore's first three albums (All We Know Is Falling, Riot! and Brand New Eyes). HalfNoise, his other project, just released a new EP, which features Williams. The two played the track together live in Nashville.

On July 4, Farro confirmed he was drumming on After Laughter. Then, on Feb. 2,  Paramore released a T-shirt titled “I'm Back” with a young Farro on the front.

Let us know your thoughts on the track in the comments.