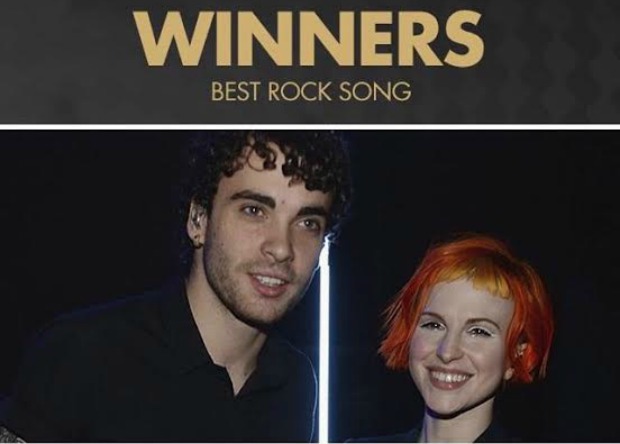 Paramore won Best Rock Song tonight at the 2015 Grammy Awards. The band's smash hit, “Ain't It Fun” (their highest charting single to date), took home the prize, beating out “Blue Moon” by Beck, “Fever” by the Black Keys, “Gimme Something Good” by Ryan Adams and “Lazaretto” by Jack White.

The track is taken from the band's 2013 self-titled album, which was released via Fueled By Ramen/Atlantic. “Ain't It Fun” was the record's second hit single, following “Still Into You.” Listen to it and celebrate below!

Paramore recently announced an intimate tour with Copeland, which kicks off in April.