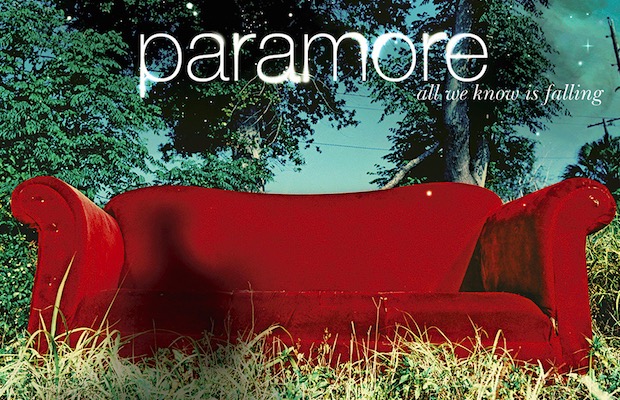 10 years ago today, Paramore began their journey to the top of our scene and beyond with the release of their debut album, All We Know Is Falling. At that time, many wrote off the LP as just another pop-rock effort that ultimately fell short in the face of its true potential. Due partially to Paramore’s atmospheric rise, however, All We Know has evolved into a scene classic with widely known hits “Emergency” and “Pressure,” which are reinforced by deeper cuts that have stood the test of time and defied the revolving door effect our scene seems to have on younger groups.

Read more: “We will never make another album like that one”—Hayley Williams on self-titled era, the future

While the album failed to chart on the Billboard Top 200, it has since been certified Gold in the United States, the UK and Australia.

All We Know Is Falling serves as the foundation for something far larger than anyone involved with Paramore could’ve fathomed in 2005. As the band begin the writing process for their highly anticipated fifth full-length album, it’s only fitting to take a look back at where everything began.