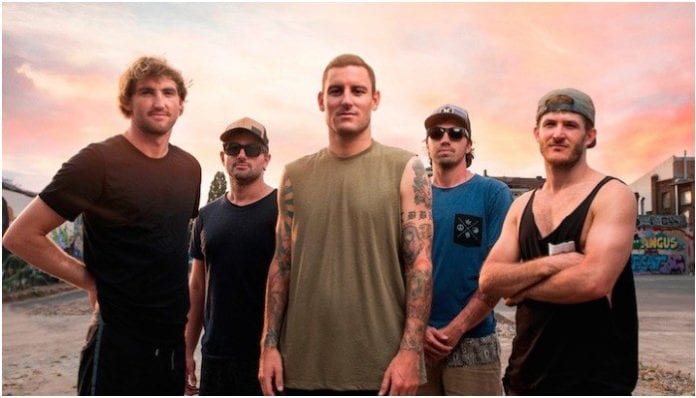 Australian heavy metal act Parkway Drive just announced their largest North American tour to date. But what makes it extra special is it the first full pyro production for the continent.

The tour kicks off in Sacramento, CA on Aug. 21. and features Hatebreed, Knocked Loose and Fit For A King.

Frontman Winston McCall said the band have “always taken pride in doing things our way” when speaking on the film. The movie features behind-the-scenes footage as well as clips from the band’s wild concerts.

“For over 15 years we have stayed true to ourselves in a world of extremes. We are not the story of shooting star superstardom, we are not the overnight breakout success, we will never be viral and we sure as hell won’t break the internet. But we have a vision, and we have lived for it, worked for it, bled for it, grown for it and broken for it. We have sacrificed everything and compromised nothing. This is an honest insight into what it takes to survive as the underdogs. Thank you for being part of the story.”

Viva The Underdogs – North American Revolution 2020. We’re coming in hot and bringing our full pyro ​🔥​ production for the first time! Tickets on sale this Friday, check the link in our bio.

Viva The Underdogs – North American Revolution 2020. We’re coming in hot and bringing our full pyro ​🔥​ production for the first time! Tickets on sale this Friday, check the link in our bio. ​​#VivaTheUnderdogs #VTU2020

“USA and Canada, the time has finally arrived! This tour has literally been years in the making, McCall says. “You wanted to see the full Parkway Drive show, this is it. Full production, full set, stacked line up, no excuses. We have been waiting, building, grinding for so long to give you guys the chance to experience this event in its full, uncompromising entirety and ladies and gentlemen, that moment has arrived.

The fact that the full pyro production is coming to North America will make for a wild set of shows and we can’t wait. Parkway Drive are also releasing the Viva The Underdogs live soundtrack on March 27. One video from the soundtrack can be seen below.

Tickets for the shows go on sale this Friday, Feb. 21 at 10 a.m. local time here. A full list of dates is below.

Are you excited for Parkway Drive’s North American tour with Hatebreed, Knocked Loose and Fit For A King? Sound off below!