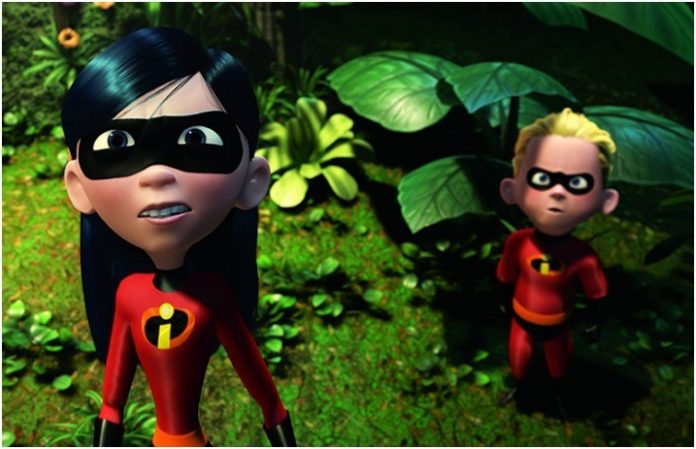 OK, so we're sure we're not the only ones excited about The Incredibles 2 hitting the big screen, and while excited, we do have some questions about the forthcoming movie. The most pressing of them all: Why aren't the Parr kids aging?

Read more: Here’s what happens in the ‘Incredibles 2’ opening scene

We did get the answer to our question a few weeks ago when the film's writer and director Brad Bird revealed to Comicbook.com that the film would be picking up right where it left off.

“I thought about aging everyone the way everyone does, and then I thought, 'No, that sucks,'” he explains. “I realized I'm not very interested in the power. That's not the part that interests me. What interests me is the idea of having a family. Having there be a reason to hide the powers.”

“So, that idea changes if you age the characters up. The insight into those periods of your life and those particular perspectives disappears once you age them up,” he continues. “I'm not interested in a college-aged Jack-Jack. I'm just not. I'm interested in my sons, you know, growing up. But in terms of the interest for me in this movie, it stays more iconic if everyone kind of situates themselves.”

We couldn't agree more. Can you imagine missing out on seeing Jack-Jack's childhood or having to learn about it through the film's flashbacks? No thank you!

To further elaborate on the reasoning behind keeping the Parr kids at the age they were when we were first introduced to them all that time ago, Bird shared to Entertainment Weekly that there's more to not aging the kids than not wanting audiences to notice a time jump or seeing Dash and Violet in their 20s.

“Men were expected to be strong, so I made the dad super strong,” Bird told EW. “Mothers are pulled in 20 different directions at once, so I had her be elastic. Teenage girls are defensive and shy and insecure, so I made Violet invisible and gave her force fields. 10-year-olds are energy balls, so I made Dash super fast. And babies are unknown! So Jack-Jack either has no powers, or every power in the universe, because babies are all about possibility.”

“So, if you age them up,” Bird continues, “then they’re just powers. And that’s not interesting.”

“Animation does not have to observe linear time the way live-action films do,” he says. “As long as people’s voices are the same, the characters don’t need to age. I mean, just ask the people on The Simpsons. You can do it in animation, just as long as the voices don’t sound older.”

We're excited now more than ever, and we can't wait to see the movie once it hits theaters. Seriously, is it June 15 yet?

Bird recently revealed there's a reason why each of member of the Parr family has their super power: family stereotypes. “I picked the powers based on who they were in the family,” the director explained, adding that the roles will be changing on the second movie.

Last month, Disney released a teaser trailer that gave us a sneak peek at the villain our favorite superhero family will be facing: Underminer. Before that, the official trailer for The Incredibles 2 came out in February, where we learned there's a businessman who wants to bring superheroes back, and Elastigirl is the one he has his eyes on. With her back into action, Mr. Incredible is looking after the three kids—oh, and trying to manage Jack-Jack’s developing powers.