Back in December, Paul McCartney released his 18th solo album McCartney III. Now, the legendary Beatles member is revisiting the album alongside some familiar faces. On April 16, he is putting out McCartney III Imagined, a collection of reimagined songs from his 2020 album.

Now, fans are getting their first taste of the upcoming record. On Thursday, McCartney debuted the cinematic video for “The Kiss Of Venus,” his new collab with Dominic Fike. Together, the duo managed to take the McCartney III track from a smooth acoustic ballad to the ultimate R&B pop hit.

Late last year, McCartney revealed that he is a big fan of Fike. During a recent Reddit Q&A, McCartney shared that he is listening to loads of different artists these days including Fike.

“I’m lucky, I have a friend who sends me new music which helps me keep in touch with the modern scene,” he said during the Reddit Q&A. “So I listen to people like Dominic Fike, Beck, St. Vincent and Khruangbin. I also listen to a lot of classic oldies coming through, from rock ‘n’ roll to ’60s to soul to R&B, with a sprinkling of classical music now and then.”

As it turns out, McCartney had a specific reason for naming these artists. He’s teaming up with them and a slew of other musicians to reimagine his 2020 album. His upcoming LP McCartney III Imagined features collabs with Idris Elba, Phoebe Bridgers, Anderson .Paak, Queens of the Stone Age frontman Josh Homme and Gorillaz‘s Damon Albarn among others. Together, the artists are giving McCartney’s music a new spin by incorporating their own sounds and distinct styles.

On Thursday, the hypnotizing video for “The Kiss Of Venus (Dominic Fike)” was released. The visual shows Fike as a New York City businessman questioning the words and stories found in our everyday news cycle. Ultimately, the video is a creative call to action to not always believe what you read in the media. Of course, McCartney has a cameo in the visual. He appears at the end of the video peacefully reading The New York Times in the middle of a park.

The original version of “The Kiss Of Venus” has a major acoustic edge to it. Throughout the entire track, it’s mainly just McCartney’s legendary vocals and the calming echos of an acoustic guitar.

However, Fike really infused his own personal style on the new version of “The Kiss Of Venus.” As a result, the stripped-down track has been completely reimagined into a retro-futuristic R&B song that merges together both Fike and McCartney’s influences.

For McCartney III Imagined, Bridgers is reimagining “Seize The Day,” while Anderson .Paak is remixing “When Winter Comes.” The LP also features a St. Vincent remix of “Women And Wives” and a Beck rendition of “Find My Way.” Those who pre-order the physical album are in for a special treat. Idris Elba‘s remix of “Long Tailed Winter Bird” is only available on the physical release of the new LP. 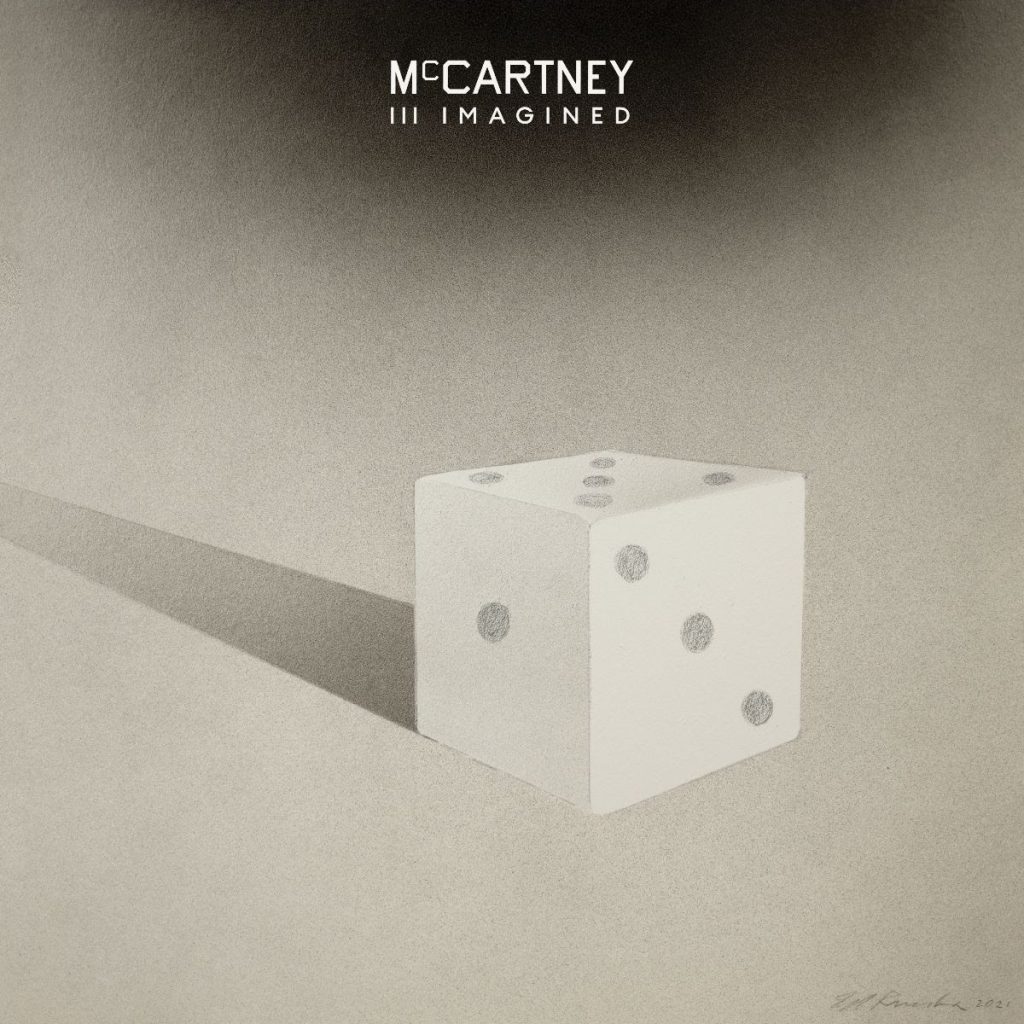 Fike has become a true force in music over the years. Although his collab with McCartney is arguably his biggest to date, Fike has worked with plenty of other artists over the years. He has his very own interlude on Halsey‘s latest full-length album Manic called “Dominic’s Interlude.” He is among a few other collabs on the album including Alanis Morissette and BTS‘ SUGA. Back in October, Fike and Halsey even teamed back up for a whimsical video for “Dominic’s Interlude.”

Along with Halsey, Fike has worked with slowthai and Denzel Curry on “terms,” Kenny Beats and Omar Apollo on “Hit Me Up” and Remi Wolf on “Photo ID.” Last year, Fike went on to release his debut studio album What Could Possibly Go Wrong.

The 14-track LP truly shows Fike’s versatility as an artist. From the ’90s-inspired “Vampire” to strong R&B sounds on “Good Game,” Fike wears many different genres hats on What Could Possibly Go Wrong but somehow manages to make it all work seamlessly.

More recently, Fike hinted another new album may be on the way. Earlier this week, he shared a photo of him in the studio on Instagram. The photo’s caption seemingly confirmed even more new music from Fike may be in the works.

“If ever there was a proper way to make a record.”

As for McCartney, he’s still continuing to dominate charts decades into his career. Last December, McCartney III debuted at No.1 on the Billboard Album Sales Chart. As it turns out, he had the biggest sales week for a rock album by a solo artist since his last studio album Egypt Station entered the list over two years ago.

McCartney was set to headline Glastonbury last year. However, the U.K. festival was postponed amid the COVID-19 pandemic. As well, the festival is no longer taking place in 2021. For now, it’s unknown if McCartney plans to headline the event in 2022.

In the meantime, McCartney has a new series on the way with legendary producer Rick Rubin. Back in December, the duo released their first teaser for the six-part docuseries which will depict McCartney’s career over the years.

The trailer includes footage of McCartney during his time in the Beatles as well as early footage with his children. McCartney can also be seen discussing some of his biggest hits such as “Come Together” and “Live And Let Die” with Rubin in front of a soundboard.

Along with rare footage and tell-all interviews, the McCartney docuseries will also feature master tapes from various Beatles recordings. This project will mark the first time some of these masters have ever left Abbey Road Studios.

Rick Rubin has worked with a number of artists throughout the years. Some of his producing credits include Linkin Park’s Minutes To Midnight, Beastie Boys’ Licensed to Ill and Tom Petty‘s Wildflowers. He has also gone on to win several Grammys for his work on Adele‘s 21 and Johnny Cash‘s Unchained.

Currently, the series does not have a release date. Watch the trailer for Paul McCartney and Rick Rubin’s docuseries below.

What are your reactions to Dominic Fike’s reimagination of Paul McCartney’s “The Kiss of Venus”? Let us know in the comments below.