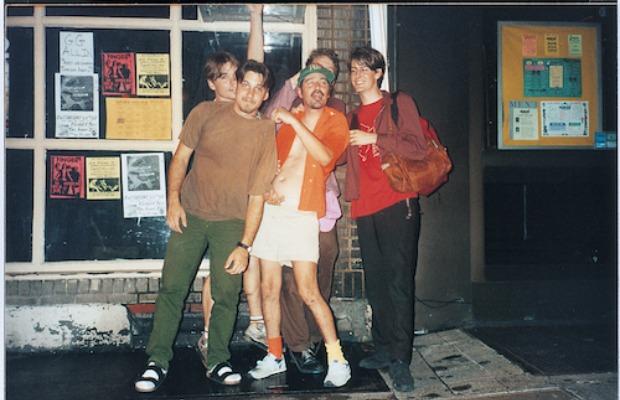 '90s rockers Pavement have announced the release of a compilation of previously-unheard gems, entitled The Secret History Vol. 1.

The album is to be the first of five in a series of compilations from the band. 25 of the record's 30 tracks will be on vinyl for the first time ever. The eclectic tracklist will include b-sides, unreleased session tracks, and live recordings. For Pavement's diehards, the deluxe double LP will feature exclusive artwork from Rob Carmichael (Animal Collective, Dirty Projectors) and include essays from frontman Stephen Malkmus himself, as well as Matador Records, Billions Corporation, and others.

The album was borne out of the many songs that Pavement recorded alongside their tracks that made it to their five albums. So many, in fact, that Matador Records will be releasing five of these shadow albums, comprised of anything from the outtakes of their 1992 debut Slanted And Enchanted to hidden gems from their John Peel Sessions.

The Secret History Vol. 1 is set for release on August 11 via Matador Records. Check out the artwork and tracklisting below.