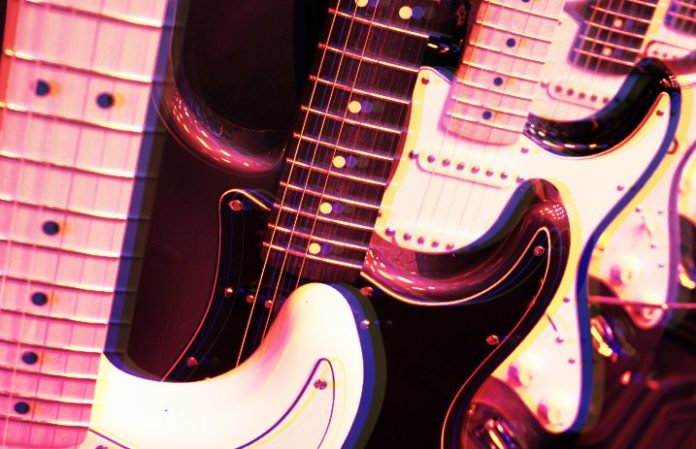 President Trump’s proposed budget calls for cuts in some of the most important agencies that fund the arts, humanities and public media. If these proposed cuts go into effect, funding for the Corporation for Public Broadcasting—which funds such programs as PBS and NPR—would be cut to zero, with the National Endowment for the Arts and the National Endowment for the Humanities being eliminated entirely.

According to NPR, this is the first time any president has proposed a measure this drastic to arts and media-based funds.

Read more: Here’s how the UK leaving the EU would change the music industry

With Trump’s proposed $1.15 trillion budget, the funds cut to arts and humanities will go towards a significant increase in military funding and provide a starting payment on a U.S.-Mexico border wall.

On March 16, the National Endowment for the Arts Chairman Jane Chu said that the proposed cuts would be disappointing, emphasizing that they cannot engage in advocacy, either directly or indirectly. However, they do see the importance for arts funding, which makes “a difference with individuals of all ages in thousands of communities, large, small, urban and rural, and in every Congressional District in the nation.”

And these proposed cuts comes as a concern to people across the arts and humanities spectrum. Neil Portnow, the President/CEO of the Recording Academy, says the cuts would be “shortsighted and alarming,” removing cultural enrichment from the lives of the American people.

“Love of music and the arts brings us together, and celebrates the richness of American culture and our spirit of curiosity and creativity. Music and art serve as one of America’s greatest exports, and support jobs for creators in cities, towns and rural areas across the country. The White House proposal to eliminate funding for the National Endowment for the Arts is shortsighted and alarming. The modest support that we provide to music and the arts is returned many times over, whether measured in jobs and economic impact, or sheer cultural enrichment and introspection. The Recording Academy will ask congress to maintain funding for the National Endowment for the Arts and renew our commitment to America’s creators.”

And media has spoken out, too. PBS emphasized that their funding is a minute part of the yearly budget—simply $1.35 per citizen each year, watched by 82 percent of TV households. Plus, 68 percent of all kids aged 2-8 watched last year.

Sesame Workshop, the nonprofit educational organization behind Sesame Street, shared a statement regarding the importance of providing free programs like Sesame Street in educating children, especially helping those in less privileged situations gain access to educational programming at a young age.

“Sesame Street was created to provide early access to education for all children. Research shows that high-quality preschool educational experiences are a key determinant in an individual's lifelong learning outcomes. PBS makes Sesame Street available to all Americans and thereby continues to play a major role in helping less privileged kids gain access to preschool education that has proven and enduring value. While Sesame Workshop currently receives no direct funding from CPB or PBS, we stand firmly and passionately in support of the vital public investment that allows them to continue this important work.”

The Writers Guild of America West and East and IATSE have concerns that stem into both the current roles of artists and those who benefit from their work today, but are also concerned on the affect this cut would have on the importance and relevance of art in the American culture for future generations.

“As the Guilds representing creators, performers, technicians and artists in American film, television, radio, sound recordings and digital media—urge our nation's leaders to preserve funding for the National Endowment for the Arts and Humanities and the Corporation for Public Broadcasting. As a source of inspiration, action and economic growth our country's arts are integral to our culture, our American identity and our democracy. Access to the arts has fueled generations of great Americans, uplifted communities and helped heal our nation's great divides. Cutting federal support of these programs will not only hurt artists and those who benefit from their work. It will also send a damaging message to future generations about the power of art and its place in our culture.”

The Actors' Equity Association president Kate Shindle spoke out on the elimination of the National Endowment of the Arts, saying that live theater does more than just provide jobs for people on the stage—it also works to provide jobs for those who work behind-the-scenes, like box office stage managers and crew—as well as boosting the economy of the cities. For, when people travel to see a show, they’re supporting local restaurants, hotels, taxi drivers, and more.

According to Rolling Stone, government funding for the current fiscal year ends April 28, and the 2018 budget needs to be set by October.

The National Foundation on the Arts and Humanities Act, passed in 1965, set into motion the National Endowment for the Arts and National Endowment for the Humanities. Section 2 of the Act states as a reason for it’s creation: “The arts and the humanities reflect the high place accorded by the American people to the nation’s rich cultural heritage and to the fostering of mutual respect for the diverse beliefs and values of all persons and groups.”