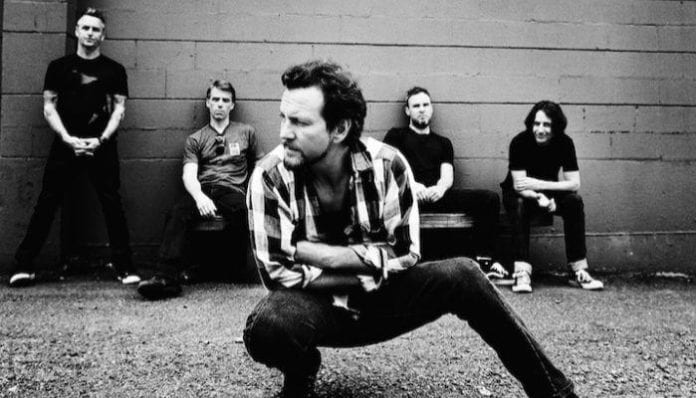 Featuring a very dead Donald Trump, laying out on a burning White House lawn with a bald eagle pecking at his bony ankles, the poster might pose as a problem for the current democratic senator.

The concert poster for the band’s Missoula show last Monday illustrates a plethora of conspiracy-esque elements, including an alien spaceship, flying tractors and the Illuminati.  However, what has people most up in arms is the depiction of Trump decaying on the front lawn.

It is speculated in an article from the Washington Examiner that the graphic depiction could have a negative effect on Montana’s democratic candidate Tester.

While that may be true, we’re still going to appreciate it for the time being.

The poster was designed by artist Bobby Brown and Pearl Jam bassist Jeff Ament. Check out the poster below.

The concert last Monday was held at Washington-Grizzly stadium to support Tester’s re-election.

What do you think of the poster? Let us know in the comments below.