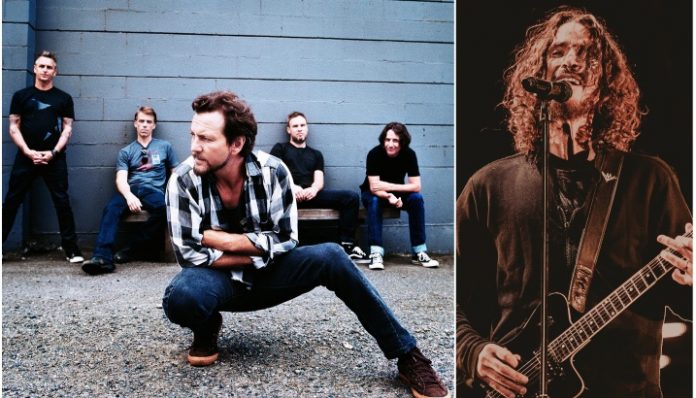 Pearl Jam paid tribute to late Soundgarden singer Chris Cornell at their first show of 2018, saluting the acclaimed musician who unexpectedly died last May at the age of 52. Catch some video of the live tribute down below.

Read more: Why Chris Cornell's death is so significant

At their Lollapalooza Chile performance on Tuesday, as reported by the NME, the band dedicated their song “Come Back” to Cornell. Lead singer Eddie Vedder announced to the audience, “This is for Chris,” before the band launched into the reflective track from their 2006 self-titled album.

Earlier this week, Pearl Jam dropped a new song called “Can't Deny Me,” and the tune is set to appear on their upcoming 11th album and first LP since 2013's Lightning Bolt, as noted by Pitchfork. At the same performance as their Chris Cornell tribute, the band dedicated “Can't Deny Me” to the survivors of the recent high school shooting in Parkland, Florida—the mass shooting at Stoneman Douglas High School killed 17 people and injured 17 more, making it one of the world's deadliest school massacres, per The Guardian.

“This is dedicated to the incredible students in Florida, and the United States, who survived a terrible tragedy.” Vedder said from stage in Spanish, before shouting out one of the most visible gun control advocates from the high school following the shooting. “We support you all, and Emma González, we love you. We'd like to play this for them, and us.”