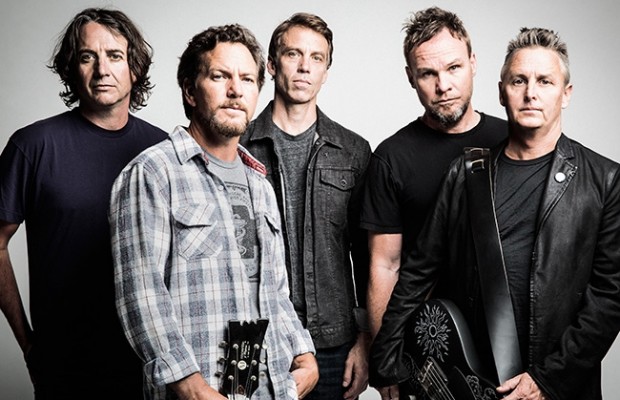 Pearl Jam is set to return to late night with a performance on The Late Show With Stephen Colbert following an impressive line-up since the return of the show.

Stephen Colbert is not holding back when it comes to his time hosting The Late Show. His inaugural season premiered with a musical line-up not to be reckoned with.

The first episode featured artists such as Brittany Howard (Alabama Shakes), Mavis Staples and Ben Folds, followed by Kendrick Lamar the next night. Performances have already been revealed for the third week of the show, including Pearl Jam on September 23.

Eddie Vedder assisted in the send-off of David Letterman, but Pearl Jam hasn’t been on late night in quite some time. With rumors of new music dropping in 2016, is it too far-fetched to think we might get a little something following their performance later this month?