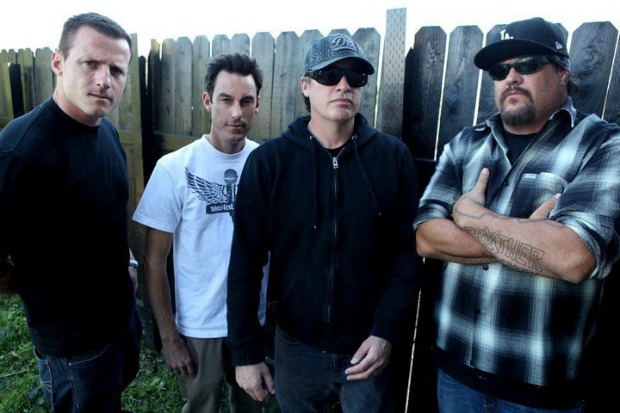 Recently, former Pennywise frontman Jim Lindberg rejoined the legendary skate-punk band which he had been estranged from since August 2009. Lindberg was originally replaced by Ignite frontman Zoli Teglas in April 2010, but did you know that Suicide Machines/Hellmouth/Break Anchor frontman Jay Navarro was asked to audition for Lindberg's spot as well? Thanks to Underground Communique Records, you can now hear Navarro's audition tape in the form of three classic Pennywise tracks for which he re-recorded vocals. Check out the originals as well as Navarro's interpretations below.

LIVING FOR TODAY (from 1991's Pennywise)