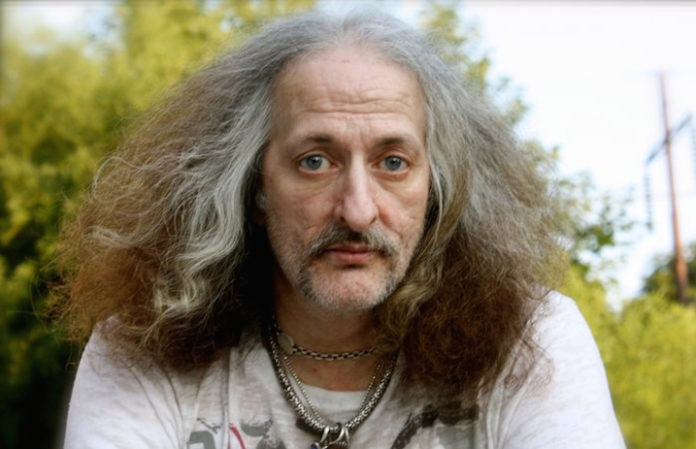 Pentagram vocalist Bobby Liebling has reportedly been arrested for assault. This follows the news that he won't be performing with the veteran heavy metal band on their upcoming tours.

Metal Sucks reported on Leibling's arrest. Citing available public records from the Maryland Judiciary, it is said that the musician was arrested on April 10 for “first-degree assault, one count of physical abuse of a 'vulnerable adult,' and two counts of abuse against a 'vulnerable adult' who is also a family member.” Metal Sucks claims that “evidence suggests the 'vulnerable adult' in the case is Diane Liebling—Bobby Liebling’s octogenarian mother.”

Pentagram announced last month that they would be continuing without Leibling due to his “personal actions.” On Thursday, they released an update concerning Liebling's legal issues and announced the singer's replacement for their upcoming tour dates. Read it below. (via Metal Injection)

“Bobby called on April 17 saying he had been admitted to the hospital. He called again on April 19, this time after being transferred to a Maryland detention facility. He’s now awaiting a preliminary hearing at which time it will be determined if a follow-up on any alleged charges are necessary. An update will be published when information is available. The band will be fulfilling all currently booked appearances with 36-year mainstay guitarist Victor Griffin performing all vocals.”

See Pentagram's original Facebook statement right here. The band have a string of European dates coming up this summer, which can be seen here.