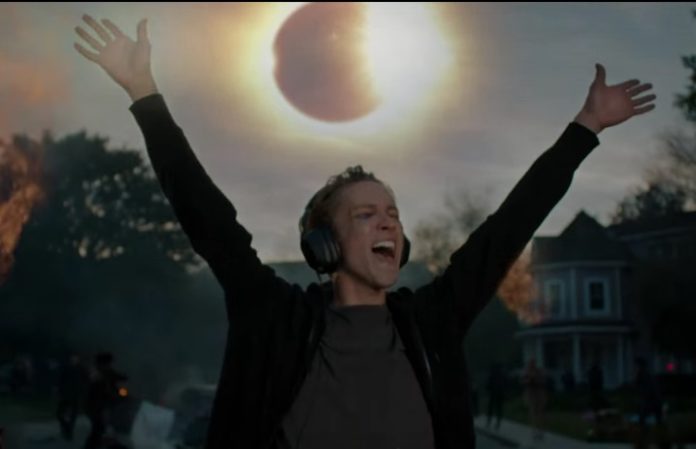 Yesterday, Bring Me The Horizon dropped a graphic video for their song, “Follow You,” which, among many other things, features a dog getting shot in the head.

Many were not pleased with the clip's aggressive nature:

.@olobersyko is an animal-rescuer, vegan, @PETA poster boy. Fine for him to co-direct a video where a dog gets shot in the face then, right?

@bmthofficial ha biggest reason I stopped following this band. No damn respect for anyone.

@bmthofficial I don't understand how that is funny? Though you all love Peta so animal cruelty is kinda your jam

Bring Me The Horizon had this to say to those concerned about the dog:

For all those people worried about the dog in the Follow You video, don't worry…

He was getting old anyway.

In short, the video is supposed to capture the essence of how love can make anyone blind to the world around them.

On the other hand, singer Oli Sykes had this to say on its meaning:

See what the world will be like if trump wins. https://t.co/pgJ7sG45jG

Watch more: APMAs 2014: Bring Me The Horizon's Oli Sykes wins Album Of The Year with speech about his addiction